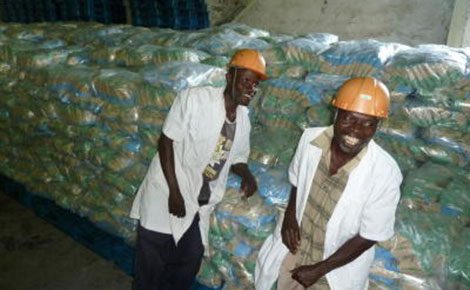 ?We are facing serious challenges from the illegal importation of cheap sugar and?cane poaching from rival sugar?companies and juggeries. We want to appeal to the national government to reign in on such importers,? said the company?s Managing Director Coutts Otolo.

The MD made the remarks as the miller begun crushing cane on Wednesday in a programme that will see more than 2,000 tonnes of cane harvested. Speaking during a press briefing at the company?s offices last week, Mr Otolo sought to assure workers and suppliers that the miller has resumed its operations.

?We are officially re-opening and currently harvesting cane ready for crushing. The miller has not collapsed as we only closed for maintenance,? Otolo said.

He said the capacity of cane is enough and they hope to harvest over 1.5 million tonnes by June next year.

?We are advising farmers to plant the recent cane seed with high sucrose content,? he said.

By Jackline Inyanji, The Standard