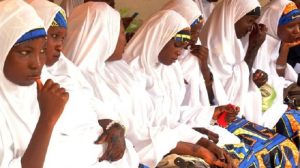 The Council which is tasked with the responsibility of ensuring co-ordination, development and welfare of the Muslim community in the

District has representatives from the three main Muslim sects in the area-the Ahmadiyya, Ahlusunna and Tijaniyya.

It has Sheikh Mustapha Adam Suleyman, the District Chief Imam of the Ahlusunna as its Chairman with Mr Issah Adam Cann, District President of the Ahmadiyya Muslim Mission as Secretary.

Inaugurating the Council, Mr Ambrose tasked them to bring their experience to bare by making meaningful an input on matters concerning the development of the area.

He expressed the hope that the council would facilitate the promotion of the welfare of Muslims.

The Member of Parliament (MP) for the Constituency, Reverend John Ntim Fordjour, lauded the level of co-operation, unity and tolerance between Muslims and Christians in the District.

He commended the Muslims for the initiative and urged them to support the Government to bring development to the people to reduce the high level of poverty through the Zongo Development Fund (ZDF).

Sheikh Suleyman, expressed gratitude to the District Assembly and the MP for the important roles they played in the constitution of the Council.

He advised the council members to exercise their duties diligently and live exemplary lives.

“Do not see this position as a means to amass wealth for yourselves,” he said.

The Assembly together with the MP donated bags of rice, milk, oil and other foodstuff to the Muslims.

Sabina Appiah Kubi – A Pillar in Assin South Passes On

Thirty in court for sanitation offences in Assin South

Ninety Gari Processors to be Trained by MOFA in Assin South