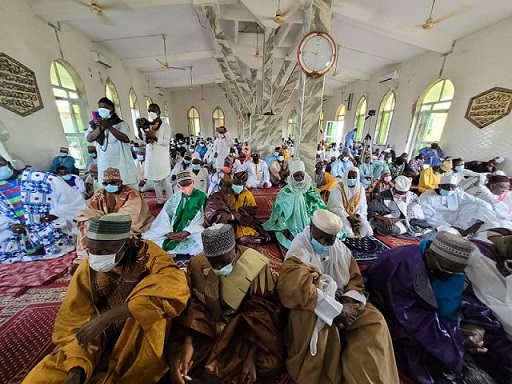 Sheikh Misbahu Harun, the Community Imam of Kasoa, Odupongkpehe, has urged Muslims to sustain the philanthropic drive of providing for orphans, aged and other vulnerable groups outside the Muslim month of Ramadan.

Such a charitable deed, he said, was a means of purifying one’s wealth and a key to addressing social and economic imbalances in communities.

He made the remarks in a sermon delivered during eid prayers at the Odupongkpehe Park in the Central region.

“We are ordained to give out zakat after Ramadan as it is a way of cleansing minor sins and purifying our deeds,” he stated.

Sheikh Harun urged Muslims who could not fast the entire month to repay in subsequent months since fasting in the month of Ramadan was compulsory.

He also advised the youth against engaging in reckless riding of motorbikes and driving vehicles as part of the eid celebration.

The Imam added that” we have deliberately invited the police and so if you carelessly cause an accident, we will deal with you.”

A member of the congregation, Mrs Halima Koulibaly, expressed gratitude to Allah for granting her long life and hopeful economic situations would improve in the coming year for Muslims to celebrate the festival with “better disposable income.”

Muslims around the globe mark Eid-ul-Fitr at the end of 29 or 30 days of fasting in the month of Ramadan, which is the ninth month of the Islamic lunar calendar.

Muslims during the period are encouraged to increase good deeds while refraining from prohibitive acts such as gambling, fornicating, liquor consumption, among others.

They are also required to abstain from eating, drinking and engaging in sexual activity during the day.