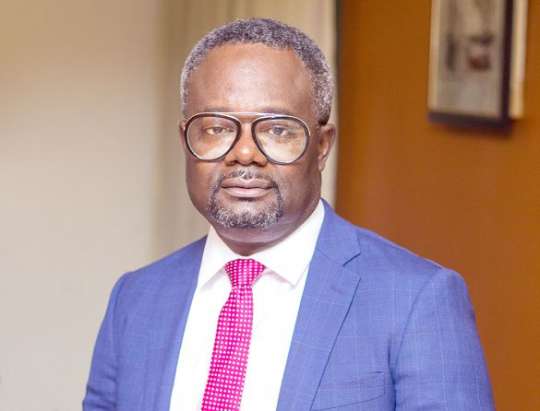 The government of the Liberal Party of Ghana (LPG) will pay monthly allowances to every Ghanaian child, Mr Kofi Akpaloo, the Founder and Leader of the Party has said.

The initiative, which would be implemented under the ‘Child Benefit Policy’ of the Party, would ensure that parents and guardians received a monthly allowance of GH₵300.00 for the upkeep of their children.

“If you have five children, we will give each child GH₵300.00 every month, for parents to use for their upkeep,” the Party’s Leader told journalists in an interview on the side-line of the Party’s Regional Conference in Bolgatanga, Upper East Region.

Asked how that would be achieved, Mr Akpaloo said through the Value Added Tax (VAT), his government would, “Stimulate the economy to generate demand activities, so, when you buy goods and services, there will be VAT, which will go to government.

“When businesses are doing well, they will pay income and corporation taxes. It is a matter of joining a solid system, and it can be done,” the Founder said.

He said with an estimated number of about 7.2million children in Ghana, it would not be difficult to implement the policy, adding that, “The children are not many, we can take care of them.”

Mr Akpaloo said it was time for Ghanaians to change their vote pattern from the National Democratic Congress (NDC) and the New Patriotic Party (NPP) and looked in the direction of the LPG to liberate Ghana from the dependency on foreign goods and interferences.

“The NPP and NDC are playing with us, and so we need to put them away and bring new and fresh blood to manage our system for us. That is what LPG is about; creating jobs, creating wealth for a better tomorrow,” he said.

He urged members of his Party to embark on rigorous campaigns and convince the citizenry on the need for them to move away from the NPP and NDC, saying, “None of them have anything good for you. God will use me to transform your lives.”

Mr Akpaloo said given the nod as President, in the 2024 Presidential and Parliamentary elections, the defunct Pwalugu tomato and Bolgatanga meat factories would be revamped to create job opportunities for the youth in the Region.
He said apart from revamping the old factories, his government would build five new additional factories, noting that, “We are talking about mega factories. I know the Region already has two important factories that we have allowed to go waste. We will revive them.”

He said with the additional five factories, there would be a boost in the local economy with the needed capital injected into the economy to undertake more and massive development projects.

Mr Akpaloo appealed to the people of the Region to repose confidence in the LPG and support the Party with their mandate to take over the administration of the country in 2024 to better their lives.

Parents urged to get their children into school