Ghana’s High Commissioner to the United Kingdom Victor Smith has dismissed claims that he has left his office in London for political activities in Ghana.

According to him, he had been in Ghana over the past few days because he was on his annual leave.

Speaking to StarrFMonline.com Saturday, the former Eastern regional minister said reports that his absence affected work in his London office are baseless and untrue.

“I was in Ghana because I was on leave, and as an ambassador, I am entitled to it just like every other worker. And the claim that my absence affected work here is unfounded because I have a deputy who takes over anytime I am away, so everything is on course here. As we speak, I am back in London and back to my responsibilities,” Mr Smith told StarrFMonline.com from his base in London.

Earlier reports had suggested that the Abuakwa North NDC candidate had left his office for many days for campaign activities in his constituency.

However, he told StarrFMonline.com that he does not mix official responsibilities with politics. 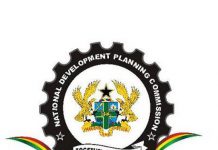