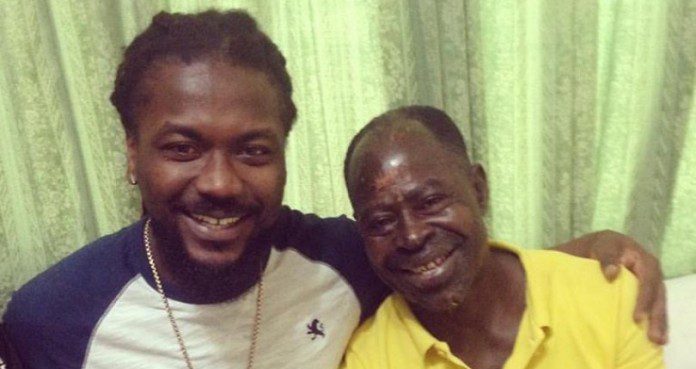 Samini was said to have rekindled his seemingly unending ‘rivalry’ with colleague, Shatta Wale after releasing a song titled, “Lyrical War”.

The song talks about his readiness to face anyone who dares him lyrically claiming that nobody can dis-tool him as far as dancehall is concerned.

The issue gained grounds after his long-time ‘rival’, Shatta Wale, released “Ets?” which some music lovers believed was a response to the “Lyrical War”.

But speaking on Pluzz FM’s AM Pluzz on Friday, Samini said his piece was directed at the three international artistes who will be performing at Pulse Turn Up come March 4, 2016.

“If you listen to my song, I’m talking to the entire populace that I’m ready anytime when it comes to lyrical war. And I’m talking to Elephant Man, Alkaline and Kranium who are the ones coming from outside,” he said.

Adding, “I wasn’t talking to the local acts like what I’m hearing but then again, certain people will always think you are throwing shots at them so the slightest shoot, they cry out. We are inviting international people to come to Ghana; that’s why I did this song.”

Samini asserted that Shatta Wale’s song cannot be a reply to his since his name was not mentioned in the song.

He however revealed what he would do should it come out clearly that Shatt Wale has responded to him.

What could that be? Listen to the interview he had with Sammy Flex

Dr Opuni directed testing period for agrochemicals to be shortened-Witness

ABOUT US
Ghana’s leading online news publication for business executives in West Africa and around the continent. Tel: +233 244244807
Contact us: newsg[email protected]
FOLLOW US
© 2012-2021 News Ghana