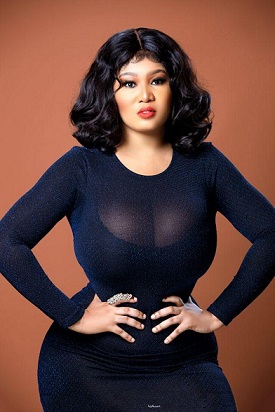 Ghanaians are known to be talented in diverse ways but Princess Adwoa Agyapomaa popularly known as Mylisa has taken her superb acting craft into books.

The film industry in Ghana has over the years produced some great personalities who have impacted lives one way or the other and Mylisa remains poised in changing the narrative of actors/actresses being good authors.

Born in the Oyoko Royal Clan in Kumasi, the actress recently released her first book “What Nobody Will Tell You” a masterpiece that interrogates issues of marriages and relationships with some heartwarming experiences.

The book navigates some of today’s relationship and marriage challenges in some common themes such as trauma, depression, sexual abuse, among others.

According to the actress, getting to experience the reality of her screenplay was one of the major factors that led her in writing her first book and she remains hopeful of impacting lives through her writing skills.

“Acting and reality are two different worlds and for me, I pursued this adventure to unravel the secret world and some of the experiences I witnessed were mind-boggling.

“It’s been years of hard work to finally release the book and I’m grateful to all who helped make this dream a reality and I hope it serves its purpose of changing lives and making positive impacts,” she said in an interview.

She added that proceeds made from the sales of the book will directly go into her “Mylisa Foundation” which seeks to address issues of molestation across genders especially for men who have been physically, mentally abused by their relatives.

“My philanthropic works seek to divulge issues of sexual abuse as we seek to help victims conquer various forms of anxiety and depression. So anyone who buys my book contributes to my foundation.

“I am very passionate about this societal challenge especially for the male gender because I believe they also deserve equal attention as the female gender, so I want to dedicate more of my efforts in addressing it,” she stated.

Mylisa has been touted as one of the fastest rising actresses on the African continent having starred in popular Nigerian movies “Oh GhaNaija” and “Millions Men”.

Mylisa, who is a model, has been featured on the cover page of the Adehye3 Magazine as well as being one of the most renowned realtors in Ghana.