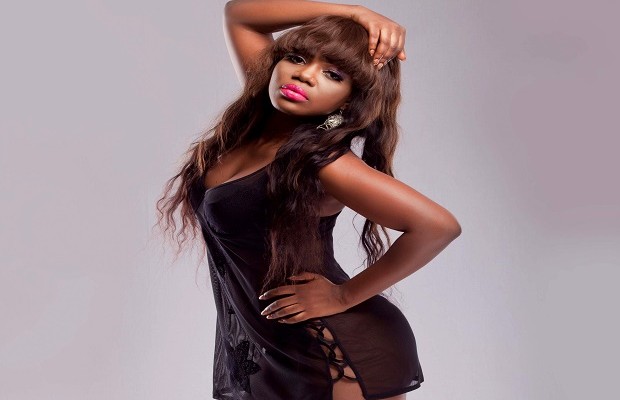 While many women are bending over backwards in a desperate search of husbands, celebrated song goddess Mzbel has said she does not want to get married and would never get married.

“Since Ghanaians started to call me a celebrity, I decided not to get married because most men do not understand [my work]. I have been in a relationship where we were not married but staying together was difficult. He was always asking who was texting me, who was calling me, why are you dressed this way?” Mzbel revealed in an interview with Delores Frimpong-Manso on the Delay Television Magazine show.

Mzbel, for the first time, made public comments about the experience she went through while giving birth to her son, Adepa.

“Giving birth was not easy. The pregnancy exceeded the nine months and I finally had to do a caesarean operation. Fortunately, I had a very good doctor so   I did not feel any pain during the procedure. I prepared my mind for the theatre because I had been told it was scary. But it was not as scary as they made me feel. They injected me and I realised I was paralysed from my waist down and they had covered me with something and they were cutting me but I did not feel the pain.”

She continued: “The whole thing took like fifteen minutes and all I saw was that they had pulled out the baby and it was a traumatic experience. When they showed the baby to me, I got scared and screamed and they injected me and all I realised was that I had woken up again. I got scared because it was weird seeing a whole human being come out of me and the person was crying. I had never seen something like that before.

“The next day, I realised they had prepared the baby and he was by my side.  Even when I started to breastfeed the baby, there was no milk in my breast. For a whole week, the baby had no milk to suck and the temperature kept going high until the doctors noticed what was happening and did some formula for me to feed him.

“The first day they showed the baby to me, I lost my mind. And even when I recovered the next day, I lost my mind again. I went crazy actually and the things they told me I was saying, I am not sure a normal person would have said such things,” Mzbel narrated.