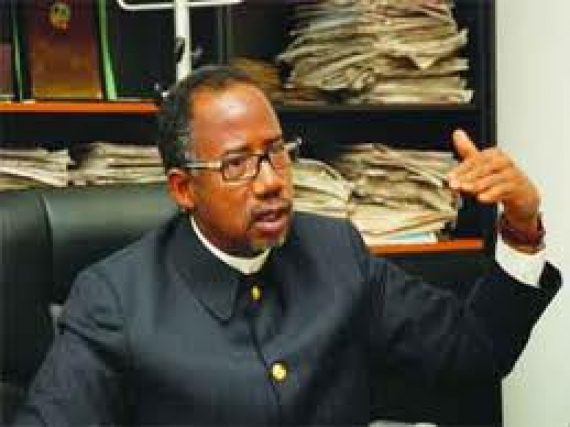 The latest disclosures of political corruption by the FCT minister, Bala Mohammed have driven distrust in government to new highs.?Time after time residents across the Federal Capital Territory express public outrage?over the lack of transparency in?governance.?A series of?scandals?have now enveloped the ministry and the minister’s credibility has been schredded by missteps, misrepresentations, donation scandals and outright deceptions.

?In recent times the Journalist turned politician has embarked on a multi million Naira spending spree according to a source in the ministry, the latest being a whooping N143 million valued donation of 22 mini buses donated to the Bauchi state chapter of the People’s Democratic Party, PDP. ? The Nigerian Union of journalists, Abuja chapter, Friday asked that the minister should be investigated.

According to the NUJ, ?This council is indeed worried with the donation of 22, 18-seater buses by the FCT Minister, Senator Bala Mohammed, to the Bauchi state Chapter, of PDP, conservatively, each bus costs N6.5million.

?It will interest us to know where the minister got N143m for the buses,???our concern is also informed by the fact that the transport sector in the FCT is yet to see any appreciable improvement.

?We have situations of non-safety compliance and fewer buses plying various routes despite the celebration of launching of same?.

Curbing the ?scourge of corruption and leakages in the FCT especially on land premiums has been an herculean task for anti-corruption agencies, according to a source in the ministry.

Ealy this year, Chairman of the Economic and Financial Crimes Commission, (EFCC) Ibrahim Lamorde called for an enhanced working relationship between the Commission and the Federal Capital Territory Administration, (FCTA) to curb land scam and other fraudulent practices in the FCT.

Per Second News gathered that the Hon. Bimbo Daramola-led House of Representatives Ad-hoc Committee probing alleged illegal land allocations and racketeering in the FCT has revealed severe?discrepancies and corruption by highly placed officials of the FCT.?The situation is giving a lot of Nigerians with discerning minds cause for concern.