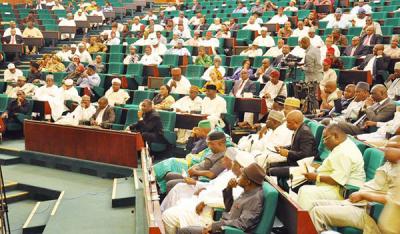 The House of Representatives has uncovered another alleged scam where N29 Billion Police Pension fund kept in a commercial bank was diverted for other capital projects.

To this end, the House committee on Pension has summoned the minister of Finance and coordinating minister for the Economy, Dr Ngozi Okonjo-Iweala, the accountant general of the Federation, Mr Jonah Otunla and the director general of the Budget Office, Bright Okogwu to explain why the money was re-appropriated without approval of the National Assembly.

Chairman of the committee, Hon Mohammed Bawa while issuing the summon yesterday in the National Assembly also added that if the panel fails to get a satisfactory explanation on why the money was moved, they would resolve to hold a public hearing on the matter.

Speaking in defence of the action, the director general of the Pension Transition Arrangement Department, Ncllie Mayshak, assured the committee that there was no cause for alarm as the funds were moved from a commercial bank to an account at the Central Bank of Nigeria (CBN) since it was not in use.

She said, ?The Accountant General have a way of re-appropriating money from one sector to another for optimal use,?

Going further, Mayshak also added that the minister of Finance has just granted a request to unfreeze another N2.5 billion pension account  because of the shortage of money needed to pay pensioners.