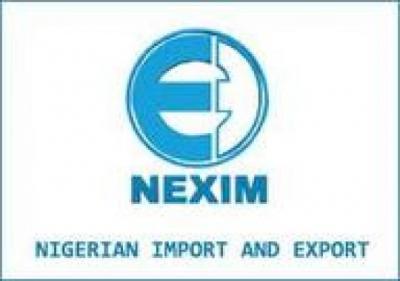 The Nigerian Export Import Bank (NEXIM) said it had disbursed about N92.5 billion as loans to exporters since its inception in 1991.

Managing Director of the bank, Roberts Orya, stated this on Wednesday in Sokoto at the opening of a two-day Exporter Enlightenment Forum organised by the bank entrepreneurs in the North-West zone.

The theme of forum is “Promoting Socio-Economic Stability through the Development of Non-Oil Export Sector?.

Orya, who was represented by NEXIM?s Executive Director, Corporate Services, Mr Bashir Wali, said the bank also generated about 1.3 billion dollars (about N164 billion) foreign exchange earnings for the country during the period.

He stated that Nigeria?s overdependence on crude had remained a limiting factor to its development, adding that it had exposed the country to the vagaries of the external markets.

He, however, said that it was to change the trend that the Federal Government launched the Economic Transformation Agenda, which was aimed at diversifying the economy and promoting value-added exports.

“NEXIM has a major role to play in contributing towards achieving key objectives of the transformation agenda by promoting the diversification of the Nigerian economy.

?This will be done through the provision of finance, risk bearing and policy support to the non-oil export sector,” Orya said.

He explained that the forum was orgainsed to highlight the huge potentials of the North-West region, which when harnessed would contribute in national development.

In his remark, Sokoto State governor, Alhaji Aliyu Wamakko, said that the current management of NEXIM had made significant contributions toward the diversification of the economy through credit intervention to exporters.

He said the intervention was in manufacturing, agriculture, solid minerals and services.

Wamakko, who was represented by Secretary to the State Government, Alhaji Sahabi Gada, described the forum as timely.

He said that the forum underscored the need for various tiers of government to fully harness the resources in their domain for the development of the country.

Nigeria gets grant for charting of waterway