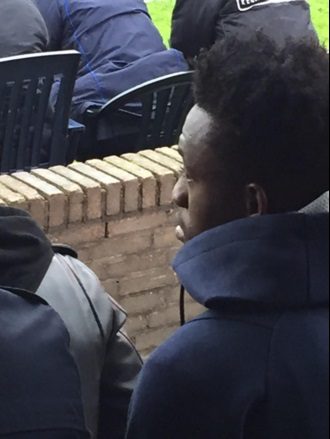 Naah watched the game from the stands

The 19-year-old who is on loan from at the Dutch club from English giants Manchester City had already missed Breda?s previous game in the campaign with the same problem.

Though he underwent isolated training session during the week, he was not included in the Breda squad for the game due to the communicable nature of the infection.

Naah, a former Ghana U20 midfielder, has scored once in 8 games for Breda since the start of the season.

He is expected to return to action next weekend for the club who were relegated from the Dutch top-flight last season.