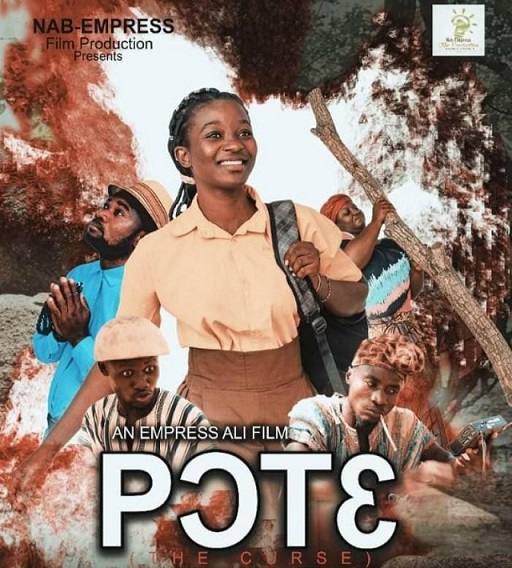 “Pot3” means curse in the Gurune language and it premier brought together movie patrons and some traditional rulers in the Bolgatanga Municipality and across some Districts within the Region.

The movie, which was produced and directed by Madam Munira Alidu, who is known in showbiz circles as Empress Ali, a young actress in the Region was intended to educate members of the public on the negative aspects of child marriage which is common in some communities in the Region and beyond.

Speaking in an interview with the GNA Entertainment at the premiere, Empress Ali, who is also a professional nurse, said “The main reason we decided to do Pot3 was to draw attention to the way some young girls are being treated when it comes to pursuing their dreams.

“When you watch the movie, you would see a young girl struggling, with pregnancy, and related complications, who was eventually accused of suffering from a curse for something she really didn’t know about.

“This young girl’s dream was to become a Medical Doctor in their village, but her father decided to exchange her for a piece of land. This is happening here in our region, so we decided to put up this piece to draw attention so that parents who engage in such practices can put a stop to it.”

She said most women in the northern sector of the country were relegated to the background, stressing that women had a lot of impact on society if given the opportunity.

She expressed gratitude to the Chief of Vea in the Bongo District, Naba Baba Thomas Azubire who supported the crew, and allowed them to shoot the movie in his community, and said the movie would later be shown at Vea for the community members to watch.

Some movie patrons, who trooped to the venue to watch the movie was happy that a good quality movie such as Pot3 could be produced in the Region, adding that the message in the movie was critical for residents in the area.