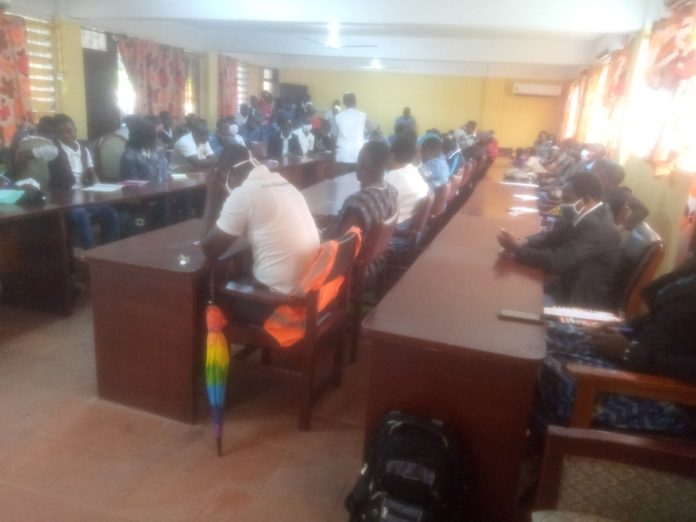 The Implementation of the Nation Builders Corps (NaBCo) by the government is positively impacting on the livelihoods of trainees in the Bolgatanga Municipality of the Upper East Region, Mr Johnson Agolmah, the Municipal Coordinator has said.

He said apart from the monthly stipends of GHC700.00, which was hitherto difficult to come by, many graduates who completed various tertiary institutions and could not get employment had secured permanent employment through the initiative.

Mr Agolmah said this in Bolgatanga during an entrepreneurship and career pathways training organized by NaBCo for trainees in the Municipality.

NaBCo is one of the numerous interventions being introduced by the Government to tackle the issues of graduate unemployment by engaging 100,000 graduates in seven sectors of the economy including; education, health, local government, agriculture, entrepreneurship, revenue and digitization.

The main objective of the programme is to provide opportunities for graduates and Ghanaian youth to be equipped with employable skills to enable them establish their own businesses or be well prepared for the job market.

After almost two years of implementation, the Municipal Coordinator explained that out of the 926 trainees who were initially engaged in the various models in the Municipality, 266 graduates had secured permanent jobs and exited the programme, reducing the number 660.

The Coordinator noted that, the contribution of most of the trainees towards the development and growth of their respective agencies was enormous and were able to build their skills and knowledge and ready for the job market.

The Municipal Coordinator said the NaBCo programme was not to provide permanent employment for all trainees but to equip them with the necessary experience to secure for themselves jobs elsewhere.

It was to further build their capacities to establish their own businesses instead of over relying on government for permanent employment and that would help reduce the unemployment rate in the country.

Dr Wilfred Akapanga, the Upper East Regional Manager of Quality Life Assurance Company, who took the trainees through various trainings on entrepreneurship and career development, said success could only be achieved through hard work.

He explained that whilst it was prudent to pray for success, it was imperative for the trainees to work hard to put their innovative ideas to reality in order to secure the success they yearned for.

He therefore urged the trainees to take advantage of such trainings to build the knowledge of starting their own businesses instead of depending on government for employment opportunities.