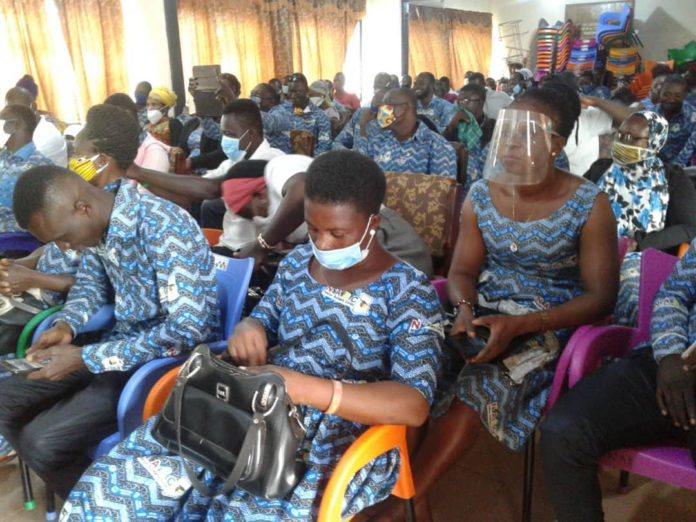 He said they should be ready to learn and to get involved in any activity at their work places, saying that would enable them to acquire the needed skills for the job market, entrepreneurship and to further their education after the NABCO programme.

Mr Umar, who said this at a day’s training for NABCO trainees at Wechiau, added that if they exhibited that uniqueness at the work place, it would enable them to excel in their future endeavour.

The training formed part of the exit strategy for the NABCO trainees to equip them with the skills and mindset they needed to be competitive in the job market, entrepreneurship and for further learning.

Similar training programmes had been organised in all Municipalities and districts in the region.

Mr Umar said trainees needed to exhibit what he described as KPI – Knowledge, Punctuality and Integrity – which according to him, were critical component of every serious minded individual like the NABCO trainees.

“Do not just pass-by, be part and parcel of the organisation and exhibit that uniqueness so that you will be the one they are pointing fingers at for the good work you are doing”, he said.

“All of you are from different political backgrounds, but NABCO is not for members of a particular political party, it is to reduce the unemployment rate in the country”, he stated.

He therefore entreated the people to retain the NPP government to continue with its projects and programmes for the collective benefit of the general populace.