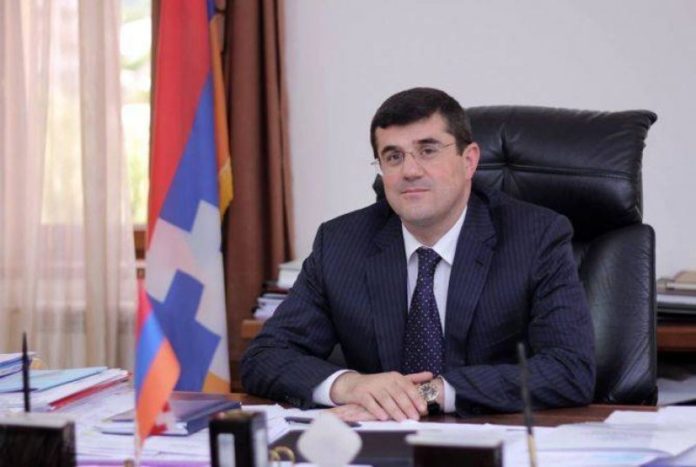 Officials in Nagorno-Karabakh said on Sunday that civilian targets in the disputed region’s capital were attacked by rockets fired by the Azerbaijani military.

Arayik Harutyunyan, leader of the region held by Christian Armenian separatists but internationally recognized as part of predominantly Muslim Azerbaijan, announced the attack on Stepanakert on Twitter.

Armenian authorities published video footage showing burning buildings and vehicles in the aftermath of the attack.
In response, Harutyunyan threatened to attack military installations in Azerbaijan’s large cities and warned people living there that they should leave “to avoid inevitable loss.”

After his announcement, Azerbaijan said the military airbase in its second city of Ganja was attacked, with one person killed.

The Azerbaijani Defence Ministry, in turn, spoke of heavy artillery fire on villages and cities on its territory, including casualties.

World powers have been calling for a ceasefire between Azerbaijan and Armenia since last Sunday, when fighting over the region first re-erupted.

Both sides traded blame for the fighting, which began one week ago.

Russia has expressed concern about the rising number of civilian victims. Foreign Minister Sergei Lavrov called for a ceasefire as soon as possible in a telephone call with his Armenian colleague Zohrab Mnatsakanyan on Sunday evening, Lavrov’s ministry said.

German Chancellor Angela Merkel also demanded an immediate end to all fighting during a phone call with Armenian Prime Minister Nikol Pashinyan, her press office said Sunday. She also expressed concern about the ongoing fighting and growing number of victims.

Armenian sources have put the death toll from fighting in the region – home to about 145,000 people – at more than 200, while Azerbaijan most recently said that 19 civilians have been killed and 60 injured.

Azerbaijan and Armenia previously fought a war over Nagorno-Karabakh in the late 1980s and early 1990s as they transitioned into independent countries amid the collapse of the Soviet Union.

The war, which ended with a fragile peace treaty in 1994, is estimated to have claimed the lives of tens of thousands of people, including more than a thousand civilians.