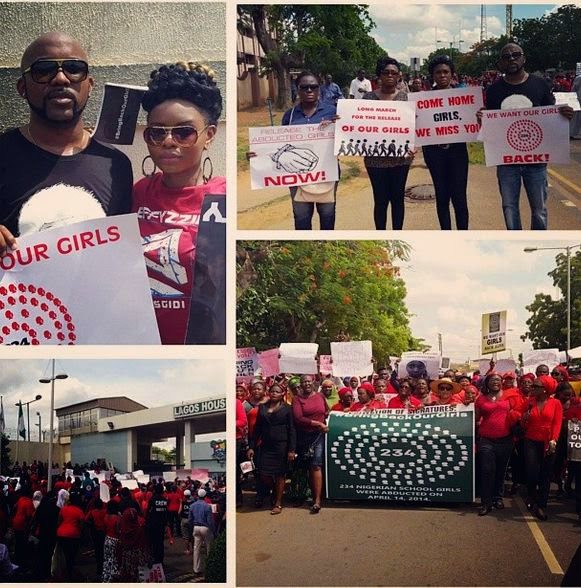 In a video obtained by the AFP news agency, Boko Haram leader Abubakar Shekau announced that his militant group did indeed carry out the?abduction of 276 Nigerian schoolgirls last month.

About 230 of those young girls are still missing.

If you recall, the Islamist militant group stormed an all-girl secondary school in the village of Chibok (in Borno state) on April 14, taking hundreds of young women with them as they disappeared into a remote area along the border with Cameroon. The kidnapping occurred on the same day as a bomb attack, carried out by Boko Haram as well, that killed 75 in Abuja, the capital city of Nigeria.

Meanwhile, a leader of?the?protest to bring back the missing schoolgirls was arrested Monday, a move many believe was the doing of Nigeria?s first lady, after she?expressed doubts a?kidnapping even took place. The first lady?s office, however,?denied there were any arrests.

Saratu Angus Ndirpaya of Chibok town said State Security Service agents drove her and protest leader Naomi Mutah Nyadar to a police station Monday after an all-night meeting at the presidential villa in Abuja, the capital. She said police immediately released her but that Nyadar remains in detention. Deputy Superintendent Daniel Altine, police spokeswoman for Abuja, said she had no information but would investigate.

Ayo Adewuyi, spokesman for first lady Patience Jonathan, said there was a meeting but he was unaware of any arrests. ?The first lady did not order the arrest of anybody, and I?m sure of that,? he told the AP.

But Ndirpaya said Mrs. Jonathan accused them of fabricating the abductions. ?She told so many lies, that we just wanted the government of Nigeria to have a bad name, that we did not want to support her husband?s rule,? she said in a telephone interview with The Associated Press.

On Sunday, amid pressure from social media activists,?President Goodluck Jonathan?said his administration is doing everything possible to bring the girls back.

Below you can find the names of 180 young girls who are said to be missing. The partial list was released by?The Christian Association of Nigeria?on Monday:

We?ll keep you updated with the latest in this tragic incident.