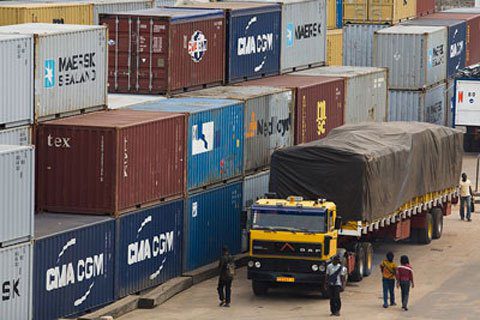 Namibia’s top five export partners in May are Botswana, South Africa, Zambia, the Netherlands, and the Democratic Republic of the Congo, Shimuafeni noted in the country’s statistics agency’s latest trade report.

“These top five markets accounted for 66.7 percent of Namibia’s total exports, up from the 59.6 percent witnessed in April 2022 and 53.6 percent recorded in May 2021,” he said, adding that the basket mainly comprised of minerals such as precious stones (diamonds), copper blisters, non-monetary gold, and petroleum oils.

In terms of the import basket, South Africa maintained its position as the largest market for the country.

“The import basket mainly comprised petroleum oils, copper ores and concentrates, civil engineering and contractors equipment, sulfur and unroasted iron pyrites as well as motor vehicles for the transportation of goods,” he added.