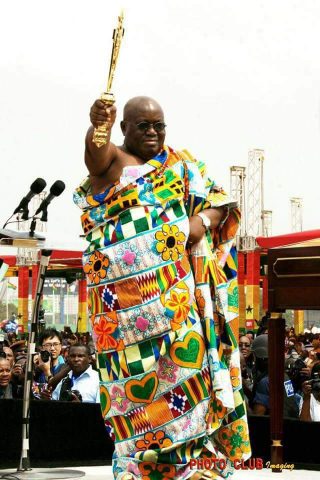 President Nana Addo Dankwa-Akufo-Addo on Tuesday gave the assurance that Ghanaians would soon enjoy better social, economic and political times ahead, despite the present economic challenges of the country. 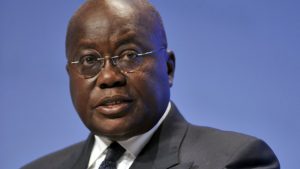 He said the convincing change registered at the polls last December endorsed him to fix the economy and uplift the people to higher levels of social and economic well-being and therefore he would live up to the expectations of change.

However, the President said this would require the implementation of tough, prudent and innovative policies to put the economy on track for the desired growth.

President Akufo-Addo gave the assurance in his maiden State of the Nation Address to Parliament in Accra in fulfilment of Constitutional requirements.

The President reiterated the commitment of his administration to build a Ghanaian society based on policies that would bring sustainable growth and good governance rather than on charity.

“We will put in place policies that will deliver sustainable growth and cut out corruption…We will set upon the path to build a Ghana that is not dependent on charity; a Ghana that is able to look after its people through intelligent management of the resources with which it has been endowed,”, he said.

“This is our path, and this path offers a new Ghana.”

President Akufo-Addo gave indications of instituting reforms that would reinvigorate sectors of the economy to realise their full potentials, domestically and internationally.

He said: “We must have the courage to start building our future.”

The President said the comprehensive reform, starting with the national Identification system would vigorously begin this year, as well as the launch of an agricultural campaign dubbed “Planting for Food and Jobs”, to stimulate the sector which is the starting point in turning the country’s fortunes around.

He said under his government’s one-village, one-dam policy, it would embark upon a programme to provide water to enable all-year farming, especially the three regions of the North saying, “It is a programme that I expect will rapidly get the support of the population, and should help to transform food insecurity in our country.

On employment, President Akufo-Addo said government was taking steps to address the challenge by instituting comprehensive programmes for industrial transformation that would enhance job creation.

Some of the key elements in the comprehensive programme for industrial transformation include; the restoration and maintenance of a stable macro-economy, monetary and fiscal measures aimed at reducing interest rates and the tax burden on enterprises, the provision of reliable, affordable power to enterprises and homes and the setting up of a stimulus package to support existing Ghanaian industries and improve their competitiveness.

Government would also partner and support the private sector to establish at least one industrial enterprise in each of the 216 Districts in the “One District, One Factory” policy.

Also, government’s strategic initiatives will draw on new pillars of growth for the Ghanaian economy, including the establishment of petrochemical industries; an iron and steel industry; an integrated aluminum industry; the expansion of the domestic production of pharmaceuticals; the establishment of a vehicle assembling plants and automotive industry.

The rest he said would include; the production of industrial salt; the establishment of garment and textiles enterprises; and the manufacture of machinery, equipment and component parts.

President Akufo-Addo said the current state of the energy situation in the country was unsatisfactory and has assured Ghanaians of measures to ensure services and fair tariffs for both domestic and commercial users.

“I am proposing a number of policy interventions. We will improve on transparency in tariff setting, and introduce a new tariff policy that will reclassify consumer categories in order to protect lifeline and strategic industrial consumers. We will also reduce significantly some of the levies and taxes on the tariffs,” he said.

He said Government was conducting a review of all the Power Agreements entered into by the previous government in order to “prioritise, renegotiate, defer or cancel outright, if necessary, in the national interest.”

As at the end of 2016, the Electricity Company of Ghana (ECG) had signed 43 Power Purchase Agreements (PPA), whilst a further 23 were under discussion.

The President said government had begun to develop a national electricity master-plan, which would also explore the benefits of listing the Volta River Authority and GRIDCO on the Stock Exchange.

He said government would enforce the procurement law and insist on open and competitive bidding for power capacity procurement. This will not only reduce the cost of power projects and ensure value for money, but will also address the problem of unplanned procurement.

Government would also encourage increased private sector investment in utility scale solar and wind energy projects, as well as accelerate the development of mini-grid solutions in off-grid and island communities for lighting, irrigation and other economic activities.

On education, the President said: “I am in a hurry to ensure that every child born in this country attends school from Kindergarten to Senior High School; in other words, that is the basic education that each child is required to receive.

He said with the free Senior High School education coming on stream from the 2017/2018 academic year, government would embark upon a vigorous expansion and re-equipping of Technical, Vocational and Agricultural schools and make the teaching of mathematics, science and ICT the centre piece of the country’s development agenda.

The President reiterated that government would encourage professionalism among teachers and place them at the centre of quality education, assuring that teacher trainee allowances would be restored when the Minister of Finance reads the budget in March, 2017.
He said government would revive the National Health Insurance Scheme to ensure that it was the best option that would enable many people as possible have access to health care across the country.

President Akufo-Addo who is also the Commander-in-Chief of the Ghana Armed Forces said his government would improve the state of combat readiness of the armed forces by improving the logistical infrastructure and the welfare of service men and women and also of veterans.

“Mr. Speaker, our people can only prosper and flourish in an atmosphere of peace and security. Safeguarding the sovereignty and territorial integrity of the nation is critical for our progress.

He said to empower and boost the morale of the 3,000 Ghanaian soldiers involved in peace keeping operations around the globe, government had decided that they should be paid their allowances at post, and not on their return.

He said government would support the Police Force with the required resources to make it efficient and professional.