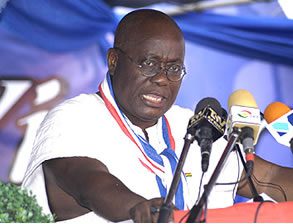 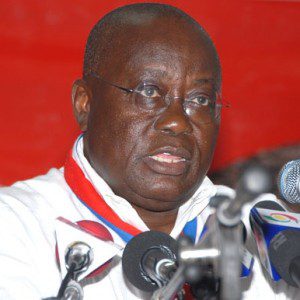 Whenever a man has a God-sent mission to accomplish, it is important not only to trace the roots of such mission but also examine what is happening at the commencement of such mission. The NPP members and delegates who care to think deeply should be sincere enough to see a clear and unstoppable signals and backings propelling the God-sent deliverer in the person of Nana Addo Dankwa Akufo Addo the peacemaker who had offered himself to be considered once again as the NPP?s Presidential candidate to lead our great party to victory come 2016 general elections. His 80% plus in the just ended super delegate conference was not just a fluke but it was a clear indication that the man has a divine mission to accomplish for mother Ghana and as the saying goes ? coming events cast its shadows?.

In the first instance we must not fail to appreciate the name ?Nana Addo Dankwa AKufo Addo (peacemaker) a man of valour and a true democrat which Mother Ghana needs most now to wake the nation from deep slumber and sleep after misrule by the NDC Party who had unprecedentedly failed woefully to defend and protect the nation?s purse from corrupt persons. He has done what Napolean could not do ever since he became a member of our great party and has never tempted to quit NPP due to the fact that he lost the Presidential primaries to his competitor, but rather rallied behind former President John Agyekum Kuffour to clinch power for us to offer a good service to Ghanaians. He has diligently served the interest of our party and has all it takes to lead us to the Promised Land come 2016 presidential elections. He believes that God in his own wisdom blesses people to become blessing unto others that is why he wants to give back to Ghanaians their fair share of the national cake which people are creating, looting and share. He is one Politician who does not give empty promises but he promises and delivers. He is a courageous man, God fearing, kind, honest, open minded, sociable, compassionate, trustworthy, approachable and very respectful to all manner of persons who come to him for assistance. Nana Addo is really everybody?s father who listens to the plight of people who have gotten the chance of meeting him both in his house and office and ready to turn things around for them.

Nana Addo has never been found wanting in the area of corruption and foul play, rather he has maintained an impeccable and transparent character in leadership that was the reason why he served in high positions in Kuffour?s administration. He is one Politician who has boldly come out to say he is not corrupt and not even the NDC has challenged him on any platform and that is someone Ghanaians need to come and fight corruption which has taken a center stage of our beloved country Ghana. I think Ghana now needs a leader who will be ready to fight corruption at zero level and not leaders who instead of making sure corrupt characters are made to face full rigors of the law are rather rewarded and celebrated. I think NPP delegates must identify themselves with Nana Addo as the right man to lead our great party for the 3rd time to bring the party to power once again to give Ghanaians the best and quality leadership without blemish.

Our delegates must be very careful not to be deceived by the NDC?s propaganda tactics going around trying to influence a candidate on our neck so that they will have a cool chop come 2016. If they are sure Ghanaians are enjoying their better Ghana agenda why are they afraid of NPP bringing Nana Addo and his technocrat Prophet Dr Mammud Bawumia back to contest them come 2016. They have said all that they can say about Nana Addo and they have absolutely nothing bad again to talk about him so they want us to bring a new person they think they have something bad about him we don?t know that is why they are campaigning for one person in the NPP?s Presidential contest. They falsely accused Nana Addo of been arrogant and violent and surprisingly the man has not reacted to their false accusations. A violent man has single handedly champion the peace and stability of mother Ghana with all that went on at the Supreme Court proceedings. Nana Addo has proven beyond all reasonable doubt he is not arrogant or violent but a perfect and genuine gentleman who cares about the good people of Ghana.

Besides, if you trace the track record of Nana Addo Dankwa Akufo Addo, through his good vision of bringing Mobitel which is well known today as Tigo has offered majority of Ghanaians easy access to communication. His good vision brought about freedom of the press and today pressmen and presswomen can discharge their duties without fear or favour.

Ghanaians are tired of leadership by deceit, corruption and propaganda whereby our country?s resources is placed in the hands of less than They 5% of the population, who have continued to hold about 95% of Ghanaians to ransom. God has really done him well and he does not need Ghana?s money to build more houses, hotels and other material things in life any longer, but it is not an easy thing to hide when you have? a mission to accomplish for God?s purpose. Give Nana Addo another chance to represent us to end the era of leadership Kwashiorkor, paralysis and mediocrity in Ghana. Nana Addo?s mandate is meant to bring drastic transformation from 2016. My passionate appeal to all NPP delegates is to vote massively for Nana Addo in the upcoming Presidential primaries in October so that the NDC propaganda machinery will break down. Give him another chance and power for great change is coming. Nana No size