“I believe most at-home accidents happen in the bathroom because our guardian angels give us our privacy” (Cathy L. Poulin). 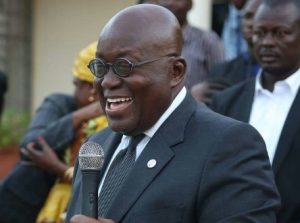 We have already argued that Akufo-Addo’s government needs to look into the question of constitutional reforms.

Then he needs to follow through on his campaign promises, including not only appointing qualified women to positions of authority, cabinet/ministerial ones, that is, but by coming up with progressive policies that empower women in general. Abolishing trokosi for good is another such area his administration should seriously look into.

The issue of constituting an all-inclusive administration, where regional, religious, and ethnic representation and meritocracy override the tempting stamp of parochialism of any sort, is a must. Investing in public health and services and infrastructure in general, fighting the rising tide of disease burden, abolishing open defecation, and cleaning up the Zongos are also important.

Perhaps coming up with a progressive fiscal policy and tax codes, fighting institutional corruption at all fronts, undertaking radical constitutional reforms, and promoting participatory democracy should assume precedent over other policy matters directly and indirectly mentioned in the foregoing paragraphs.

Ideally, if not technically, we expect Akufo-Addo to be at the progressive headship of a transparent, responsible, and accountable government. This is not asking too much. A president for all and a unifier he must be.

This among other measures should involve direct curtailment of executive excesses by way of the removal of the so-called Indemnity Clause and its adnate progeny, executive dominance. This directly brings us to the important question of political theology in Ghana’s democratic practice.

That is to say, Akufo-Addo and his government must ensure that the Flagstaff House or the Golden Jubilee House is not turned into a stinking metaphysical cesspool for evangelical conmen and for spiritual snake-oil businessmen.

All we are asking for is a rational, pragmatic pursuit of a healthy balance in scientific, or technocratic, and metaphysical convictions, certainly a good place for his new administration and political appointees to start off. After all metaphysics, spirituality, and religion are extrinsic if not intrinsic to the mystery of personal choices and decisions both of which are protected under Ghana’s constitution.

We come to the greatest and saddest irony of all, that is Akufo-Addo’s plagiarized swearing-in speech which, though gives hope to Ghanaians, initiates a false start for his administration nonetheless, but which also at the same time exposes his party’s egregious sanctimonious posturing.

That hope was instantly dashed with his plagiarized speech. No one can be deemed or taken serious as when he or she plagiarizes dyslexic George Bush’s speech. Perhaps unbeknownst to him, Akufo-Addo is an accomplice to a serious intellectual crime—simply academic dishonesty. What has Owusu Bempah and his celebrity angels got to say about it? It is indeed unpardonably egregious, and Akufo-Addo must be allowed to swear in again, and then compelled to give the same speech again, but this time a holistically revised or edited one with proper attributions. This is the right thing to do.

Otherwise the false start puts the country in an ethically and morally slumberous coma. Ex-President Kufuor’s advice that Ghanaians “treat words of new President seriously” should be taken with a grain of salt. Kufuor can never be taken serious. This man promised zero tolerance for corruption yet his government turned out to be one of the most corrupt in Ghana’s political history.

A WORD OF ADVICE TO AKUFO-ADDO AND THE NEW ADMINISTRATION

Akufo-Addo should be wary of his praise singers, the same people who will one day turn into moirologists and sing a dirge for him, his political obituary, once he falls short of the expectations of Ghanaians, mostly killjoys known for their schadenfreude attitudes. Ghanaians are shoddily fastidious and Akufo-Addo should take note of that. Finally, those same people who are singing his praises today will crucify him tomorrow if he fails to deliver on his promises.

For instance, Alufo-Addo should be wary of those around who are defending and explaining his ignominious plagiarized inaugural speech. Plagiarism, a serious intellectual crime, call it academic dishonesty, if you will, for which even American primary school children are reprimand or punished—although, once again, lest we are not mistaken to be implying that plagiarism is an unknown, uncommon practice or occurrence in America where certainly academic standards in terms of academic honesty are higher—is being vigorously justified and childishly, unabashedly explained away through the politics of equalization by, among other things, the very same men and women who also ironically want the Right to Information Bill (RTIB) or the Freedom of Information Bill (FOIB) passed, who want to see institutional corruption extirpated or minimized, who are agitating for academic honesty and discipline to be restored in the Ghanaian educational system, and who are mounting pressure on the new administration to look into and possibly reverse or renegotiate almost all the Mahama-era contracts including the so-called Ghana Hybrid System.

This is a sad day for Ghana and Africa, for Ghanaians and Africans. No wonder American children are creative, and no wonder our educational system does not even count among the world’s best. The same men and women who cheat their way through the educational system are also the very same unprincipled band of people in whose hands we entrust our national destiny!

No wonder we are stuck in a revolving cesspool of underdevelopment and unoriginality. And no wonder mediocrity and open defecation are gods respected, adored, feared, celebrated, and worshiped by both the religious and the non-religious in Ghana! Ghana, an endarkened polity, it appears, does not seem to have a way out of its stinking cesspool of paralyzing conundrums and paradoxes.

It is surprising how some “full” texts of Akufo-Addo’s inaugural address on Ghanaweb have the George Bush parts completely missing!

What a country of dangerous, brutish moral luddites we have as citizens! 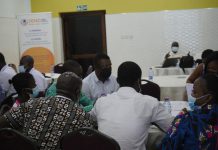