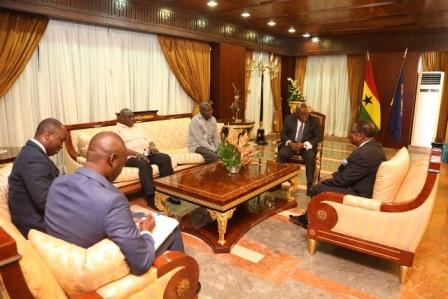 President Nana Addo Dankwa Akufo-Addo will on Tuesday, February 21, deliver his maiden State of the Nation Address (SONA) to Parliament. This will be in fulfillment of Article 67 of the 1992 Constitution that stipulates that: “The President shall, at the beginning of each session of Parliament and before the dissolution of Parliament, deliver to Parliament a message on the state of the nation.”

President Akufo-Addo, who won last December’s presidential poll, will be expected to among other things outline his policies to address the ailing economy and how to implement his electoral promises such as the one district, one factory.

A study by the Ghana News Agency revealed that the Head of State was expected to shed light on his free education policy, which had already been rolled out to commence in the next academic year.

President Akufo-Addo is anticipated to talk about measures to revive the National Health Insurance Scheme, the general health delivery system and other programmes and projects bothering on security, good governance, infrastructure and reviving Ghana’s leadership role in the Pan-Africanist agenda.

The business community would be keen on the President’s take on the review of taxes as promised during the campaign trail, as most entrepreneurs have said that the current tax regime was a disincentive to business.

Others will expect that the President will make concrete interventions for employment and social welfare for the teeming unemployed youth.

President Akufo-Addo on assumption of office on January 7, promised to be a “President of all”, and rallied Ghanaians to be partakers and not spectators in the development of the country.

He has sworn into office 36 central government ministers and 10 regional ministers approved by Parliament, charging them to render service in humility and with integrity and to expeditiously declare their assets.

Within his five weeks in office, the President has appointed new security chiefs, inaugurated a new Hajj Board, and met with foreign dignitaries including Moroccan Monarch King Mohammed VI, who was in Ghana for a three-day visit.

The United Kingdom’s Foreign Secretary, Boris Johnson was also in the country to deepen ties between the UK and Ghana.

The President has also attended the African Unions 28th Ordinary Session of the Assembly of Heads of State and Governments in Addis Ababa, Ethiopia, where he asked African leaders to leave better legacies than their forebears, saying: “Our generation must be at the measure of Africa’s history.”

President Nana Addo Dankwa Akufo-Addo has also appealed to Ghanaians living in and out of the country to rally behind his administration, as he seeks to return the country onto the path of progress and prosperity.

He has also inaugurated a committee to oversee the planning and coordination of activities to celebrate Ghana’s 60th anniversary.