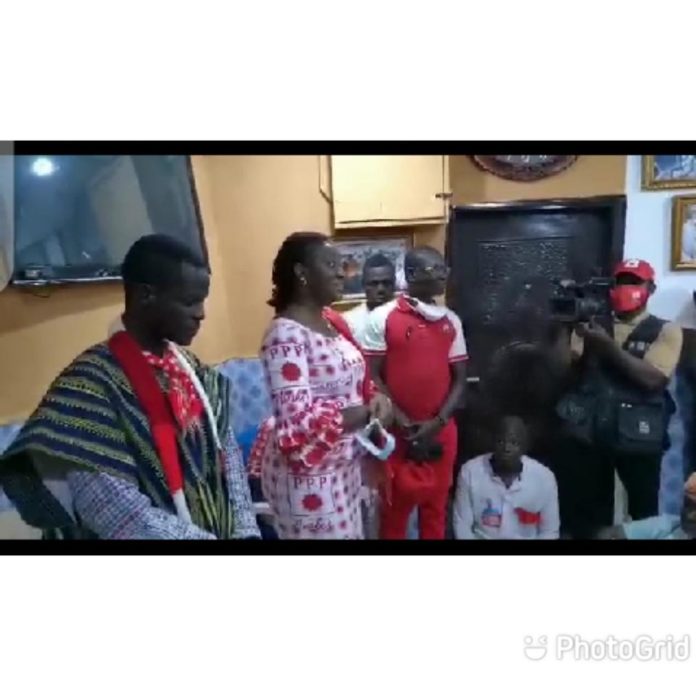 The Nyalinboligi Naa Yakubu Dasana, Nanum Chief of Bimbila, has commended Ms Brigitte Dzogbenuku, Presidential Candidate of the Progressive People’s Party (PPP), for her boldness to contest the 2020 Presidential Election.

He said: “I am impressed at the strength and fortitude with which the PPP Presidential Candidate is competing with the National Democratic Congress and the New Patriotic Party in the race. You have shown you are a winner in the race”.

The Chief said this when Ms Dzogbenuku and some party officials called on him at his Palace to seek his blessings.

He urged the candidate to keep the youth in memory and give them opportunities to be a good force of development to their communities and the nation at large when she won power.

“Your decency will attract the people to vote for you,” he said.

Ms Dzogbenuku said the Party had been well received at Bimbila during the campaign and was convinced the message of change had gone down well.

She said the trend of politics should change to involve the youth for a better future as was the vision of the incoming PPP government.

She said women would be empowered to take up leadership roles and children well taken care of.