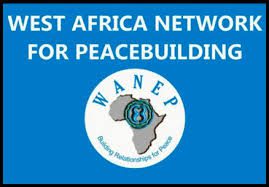 Mr Albert Yelyang, National Network Coordinator of the West Africa Network for Peace-building, Ghana (WANEP-Ghana) has appealed to the people of Nanun to put the past behind them and come together to find lasting solutions to conflicts in the area for sustainable development.

He said there was only one Nanun, which should not be destroyed and therefore called on all those in conflict to re- think about humanity and how they could come together as one and help to develop the area.

Mr Yelyang made the appeal in Tamale during a dialogue meeting with feuding factions of Nanun organized by WANEP-Ghana and funded by the USAID under the Northern Ghana Governance Activity (NGGA) project.

The West Africa Network for Peace-building, Ghana (WANEP-Ghana) is part of an NGO consortium implementing the NGGA five-year USAID-funded project with the goal of ensuring more responsive governance for improved agricultural development in Ghana especially in the Northern, Upper East and West Regions.

The dialogue meeting was on the theme: “Promoting peace through dialogue” and was attended by some elders from conflict factions in the area who had been engaging in violent confrontation leading to loss of some lives. The meeting was also WANEP’s efforts of increasing community dialogue and consensus building to prevent conflict and to ensure sustainable development in agriculture.

Mr Yelyang said farming was the main occupation of the people and stressed that without peace the people could not go about their farming activities to produce more food and feed their families. He added that WANEP-Ghana would continue to mediate in the peace process in communities in conflict and advised the people of Nanun to see one another as one people with a common destiny and give peace a chance.

Some of the participants speaking to the Ghana News Agency (GNA) after the meeting conducted from 18th to 19th January 2017, commended WANEP-Ghana for the initiative of bringing the two feuding factions together in an attempt to broker peace and assured that through various strategies agreed during the dialogue, they would speak to their following to allow peace to prevail.

They said coming together under one roof as well as eating together was an indication that peace would surely return to Nanun so that they would live in harmony and to plan the development of the area together.

One of the facilitators of the dialogue, Rev. Father Thaddeus Kuusah, who is also the Executive Secretary of the Peace Council in the Northern Region, appealed to the factions to improve upon their communications in order to defuse some of the rumours and miscommunications among them for greater understanding of their issues.

He urged them to consider using Alternative Dispute Resolution mechanisms in addressing their conflicts since it helps to promote relationship beyond addressing conflict issues.

The participants were also taken through basic concepts of peace; conflict, dialogue and mediation to enable them further appreciate the conflicts and to better engage in the dialog.
GNA

Dialogue on 2022 budget to avert governance and economic shutdown

Amend the Law on the minimum age of sexual consent – Coordinator

Embrace ADR as an alternative to court litigation – Judge

Shisha is not alternative for cigarette, stop using it – FDA