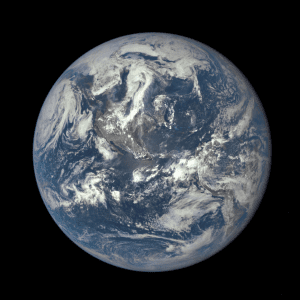 It marked the first water landing by NASA astronauts since 1975, and the first time a private firm, rather than a government space agency, ferried astronauts to and from orbit.

Bob Behnken and Doug Hurley, who captained the SpaceX Crew Dragon spacecraft, splashed down in the Gulf of Mexico off the coast of Florida’s Pensacola.

“Welcome back to planet Earth, thanks for flying SpaceX,” mission control said. “It was truly our honour and privilege,” Hurley replied.

The two astronauts were awoken for the final leg of the 19-hour trip on Sunday by audio recordings from their sons, urging them to “hurry home,” after the capsule undocked from the ISS a day earlier.

Before leaving orbit, the spacecraft jettisoned its bottom half, known as the trunk, in order to expose the heat shield that protects the capsule and pilots during atmospheric re-entry.

Four giant parachutes deployed inside Earth’s atmosphere, slowing the spacecraft down to about 24 kilometres per hour (kph) for splashdown, down from 25,000 kph it travelled while orbiting Earth.

Concerns about the weather had dogged the end of the mission, with tropical storm Isaias moving in the region. But SpaceX officials on Sunday described the weather around the splashdown site as “very calm.”

A SpaceX recovery ship, carrying more than 40 personnel, including engineers and doctors, hoisted the capsule from the water, following checks by two fast boats.

Over an hour after splashdown, Behnken and Hurley emerged from the Dragon Endeavour capsule in their space suits, catching their first breath of fresh air since leaving Earth 64 days earlier.

Both gave a thumbs up and were met with applause as they left the spacecraft. They were assisted onto a stretcher for medical checks, as “readjusting to gravity can be a little challenging,” according to a NASA official, before flying home to see their families.

Officials were caught off guard by recreational boaters coming up close to the launch zone, which was potentially dangerous due to the toxic chemicals from the spacecraft’s thrusters.

NASA boss Jim Bridenstine said the presence of private boats “was not what we were anticipating”.

Speaking at a news conference after the splashdown, Bridenstine said “We need to do a better job next time for sure. It was a beautiful sunny day and a lot of boaters were out there and they were intrigued.”

Bridenstine added that the US Coast Guard had done an excellent job of clearing the area before the splashdown, but “the boats just came in.”

The two veteran astronauts launched from Cape Canaveral in Florida in May. It was the first manned launch from US soil in nearly a decade and the first time a private firm sent astronauts into orbit.

For SpaceX, the rocket company started by Elon Musk, it was the last major demonstration needed before NASA certifies that the Crew Dragon is ready for regular crew flights to the ISS, also paving the way for possible tourist flights.
The company had previously only transported cargo to the space station.

After the US stopped its own launches in 2011, NASA hired private companies SpaceX and Boeing to build spacecraft and take astronauts to the ISS.

Until SpaceX’s launch, the country’s space programme had relied on hitching rides aboard Russian Soyuz rockets to the ISS, at a growing cost.

At more than 94 million dollars per flight in a Russian capsule, this was not only expensive, but also a blow to US pride.

NASA has been given a shot in the arm by Trump, who is pushing to get US astronauts back to the moon in 2024 as part of an effort to eventually have a manned space mission in Mars.

NASA to Attempt Another Artemis 1 Moon Mission Launch After Tuesday