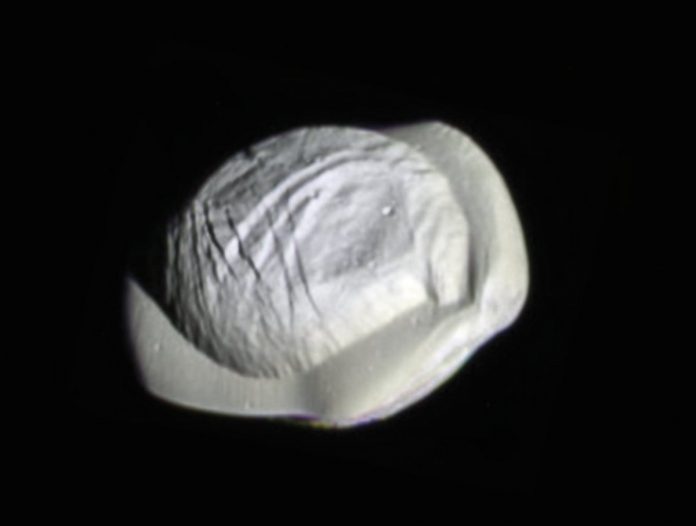 Not all moons are round like the one orbiting our planet Earth. Saturn, the second largest planet in the solar system, has a strange-shaped moon called Pan. 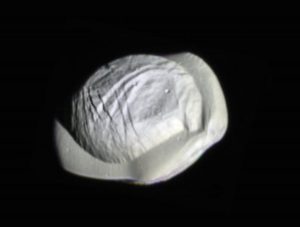 How strange? Some likens Saturn’s tiny moon to a dumpling, while others said it resembles a walnut, or even a UFO.

NASA revealed its closest-ever raw images of Pan earlier this week that soon captured the attention of the internet.

The images were taken by NASA’s Cassini spacecraft that flew by Pan on March 7 at a distance of just 24,572 km. These images “will help to characterize its shape and geology,” NASA said.

Pan is only about 26 km across and orbits Saturn within the Encke Gap on the planet’s A Ring.

It was named after a Greek mythological god of shepherds, a reference to its role as a shepherd moon.8 The moonlet was first discovered by Mark Showalter, a scientist at the Search for Extraterrestrial Intelligence Institute, in 1990 using images captured by Voyager 2 spacecraft in 1981.