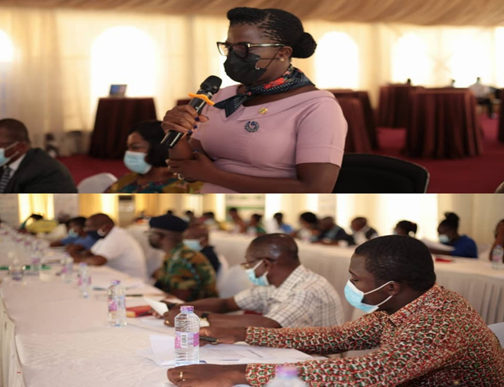 Nati Theonal Schools Inspectorate Authority (NaSIA) has extended the deadline for licensing and registration of pre-tertiary schools in the country to December 2021.

This is to allow owners and proprietors of schools which had been badly hit by the coronavirus pandemic, to reorganize and position themselves appropriately to start the registration and licensing process.

Dr Haggar Hilda Ampadu, Executive Director and Inspectorate General of Schools, who announced this, said the laws would be strictly applied after the deadline.

She said under the Education Regulatory Bodies Act 2020, (Act 1023) which came into effect in August 2020, all pre-tertiary schools both public and private were supposed to register with NaSIA for licensing by February 2021.

However, due to the devastating effects of covid-19 on schools, the Authority had decided to give the schools ample time to prepare before the registration and licensing.

Speaking at a stakeholders’ engagement on school licensing requirements in Kumasi, Dr Ampadu said, various sanctions would be meted out to schools that do not acquire licenses by the stipulated time.

The penalty, she pointed out, could be a fine or closure of schools, depending on the level of offence.

“We are giving schools up to the end of 2021 to license their schools, if then, schools have not done it various sanctions will be applied to defaulters”, she said.

NaSIA formerly the National Inspectorate Board, is the agency under the Ministry of Education mandated by the Education Regulatory Bodies Act 2020 (Act 1023) to develop, publish, promote and enforce highest standards and guidelines for quality education in all public and private pre-tertiary educational institutions.

The Authority is also responsible for registering and licensing all public and private pre-tertiary schools in Ghana.

According to Dr Ampadu, the Authority was currently mounting a regional stakeholder and sensitization campaign in all the 16 regions to explain the law, policies and train school proprietors and school owners on what to do to license their schools.

The tour is also to educate school owners on the contents of the law to prevent them from coming into conflict with the law.

Currently, the Authority has a team of inspectors in every region, while efforts were underway to set up offices in all the regions.

The Executive Director mentioned that obtaining a license for a school included registering with the Registrar General’s Department as a business operating legally in Ghana, documentation including information on proprietors of the school, and Police clearance.

Others are information on enrolment, number of teachers in the school, number of resources (school park, number of classrooms, number of students enrolled), availability of library, science laboratory, certification of teachers among others.

Dr Ampadu said so far school owners have been positive during the engagements and most of them had already embarked on the registration and licensing process.

However, the concern of most of them had been the cost of the registration in view of the negative effects of covid-19 pandemic on their revenue.

Lilwin to hold ‘white wedding’ in December with Maame Serwaa