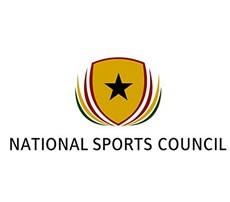 Work on a multi-purpose court project started at the Heroes Park in Kumasi by the National Sports Authority (NSA) has stalled because of the difficulty with funding. The sporting facility, the first of its kind in the country, could be used for basketball, volleyball, netball, handball, table and long tennis competitions, when ready.

The project is now about 75 per cent complete, and the NSA has made an urgent appeal for support by corporate bodies and organizations.

Mr. Richard Iddrisu, the Ashanti Regional Sports Director, told the GNA Sports after an inspection of the facility that, about GH¢25, 000.00 would be needed to finish it.

He indicated that it was a major strategic project to unearth talents in the lesser-known sporting disciplines.

He added that this tied in with the overall vision of the NSA to adopt a more comprehensive approach to sports development.

Separately, the NSA has formally informed the Asantehene, Otumfuo Osei Tutu II, of the decision to name its hockey pitch at the Baba Yara Sports Stadium after him.

Mr. Iddrisu confirmed this to the GNA Sports and said the move could help to whip up enthusiasm in hockey.

He said he had no doubt that the association of the Asantehene with the sport could promote and generate strong interest just as had been done for golf.

Cameron J Mitchell: Why He Is Considered An Authority In His Field

GIDA Board Urged To Reposition Authority As Model In Africa