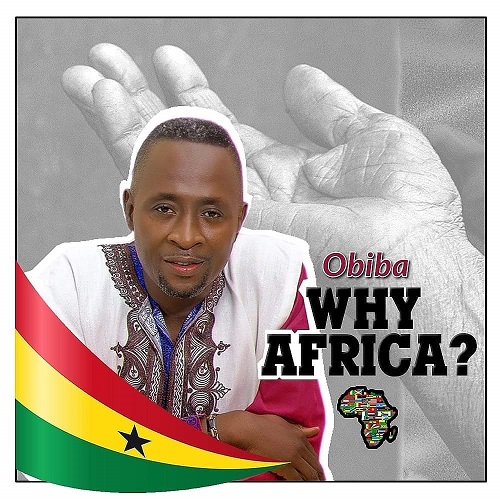 In an age that almost all Ghanaian musicians have chosen the easier way out singing to appease the people, one out of them has kept to the well-known philosophical path traversed by musicians of yore.

We are talking about Obiba Sly Collins, veteran highlife musician, singer and multi-instrumentalist, who has continuously regaled us with melodious, philosophical and sometimes controversial songs which have nevertheless pricked our consciences over the years. Unlike others, he has kept to his roots – highlife music – and has added his touch to it as one can hear elements of other genres but he does not compromise on his roots.

‘Why Africa’ his latest, for all intents and purposes is not for jollification or for those who want to do asabone nkuma asaase; this is music for deep meditation and reflection as it speaks directly to your conscience making this song a must on all highlife music programmes on radio from next week on.

To avail every Ghanaian the opportunity to listen to this thought provoking music, it has been rendered in English for all to listen and understand. Interestingly, its release coincides with our country’s original Republic Day, July 1, which day must rekindle in us the words of our founding fathers.

Obiba Sly has regularly released these singles which apart from receiving critical acclaim has spoken about societal issues of the day, reminding us of what we are missing as a people: love, empathy and the desire to make the society better than we met it.

In some previous songs, he has extolled some leading lights of the society whose lifestyle and comportment are worthy to be emulated. On other occasions he has advised the youth against all forms of get-rich-quick scams including sakawa and blood money.

This time in ‘Why Africa’, one could feel the anguish in his voice as he apparently took a long look at Africa, shook his head in frustration and wrote this song, which though is admonishing us to be conscious of who we are and lay a solid foundation for the youth, he nevertheless warns that the corruption, fraud, nepotism, xenophobia and greed which pervades the African continent will lead to our doom.

For example when he sang: ‘I don’t know why my people … black people are still suffering? We are blessed with gold, but … still hungry, we’ve got diamonds everywhere, but no shelter for the workers, …we endowed with natural resources, but my people are wailing, we are blessed with crude oil, but no good roads … Why can’t we be nationalistic, and live as one,political colors, are diverting our focus, … discrimination is destroying my people, covetousness is killing the future of Africa’ he was virtually crying in a very, solemn, mellow and sonorous voice, reflecting his deep emotional pain.