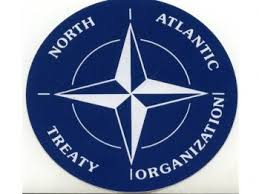 NATO is finally getting closer to their pretext for placing Ukraine under the West?s thumb. The Alliance?s Secretary General declared?on Sunday?that three tanks were shipped from Russia into Eastern Ukraine to abet the popular revolt against the West?s puppet regime in Kiev.

The accusation rests on a set of satellite images gathered from a commercial vendor based in Colorado and undated, anonymous YouTube videos that supposedly show tanks originating from a staging area in Southwest Russia rolling through the streets of Donetsk. The US State Department was quick to confirm the reports, and condemned the alleged actions as a grave escalation of the conflict.

However, although NATO has been waiting for months for an excuse to intervene in Ukraine and reignite the Cold War tensions that sustained the American military industrial complex for decades, the evidence of Moscow?s involvement is almost non-existent.

The first piece of evidence is a set of satellite images of a staging site in Russia from May 30and June 11. The site is largely inactive, but NATO officials claim that tanks moved into the area last Wednesday, before three were loaded onto a truck and left the area. By itself, this piece leaves independent observers begging for more.

First, the Russian army has been pulling back troops and supplies for weeks, so activity at a staging area is far from surprising. Second, NATO has a history of passing off old photographs as new evidence of Russian activity ? look no further than the alliance?s attempt to pass off images from August 2013 as evidence that Putin was building up troops to invade East Ukraine last month

The second piece is even more laughable. There, officials scoured the Internet to find images of Russian tanks in city streets in a sorry attempt to make it seem as though the vehicles that left the staging site ended up in Ukraine. The unattributed YouTube videos and stills could easily have been doctored or filmed outside of Ukraine. Indeed, the world went crazy in April when the New York Times posted a photo of Russian soldiers who later appeared in Ukraine, only to retract it once the photographer admitted that the photo was taken in Russia

At every step, the evidence is wanting.

Much more likely, the tanks came from rebel raids of Ukrainian military arms depots in the East, like most of the weaponry used during the conflict. Alternately, Chechen militants have access to tanks, so they might have transported them from Chechnya along with the troves of fighters that have spilled into Ukraine to support the self-determination of the people in the East. These most recent accusations hearken back to the reports of weapons of mass destruction in Iraq. NATO needs to stop searching for excuses to flex its military might.

Alexander Flint?is an energy security expert who has advised the US Congress on?nuclear?security issues.?