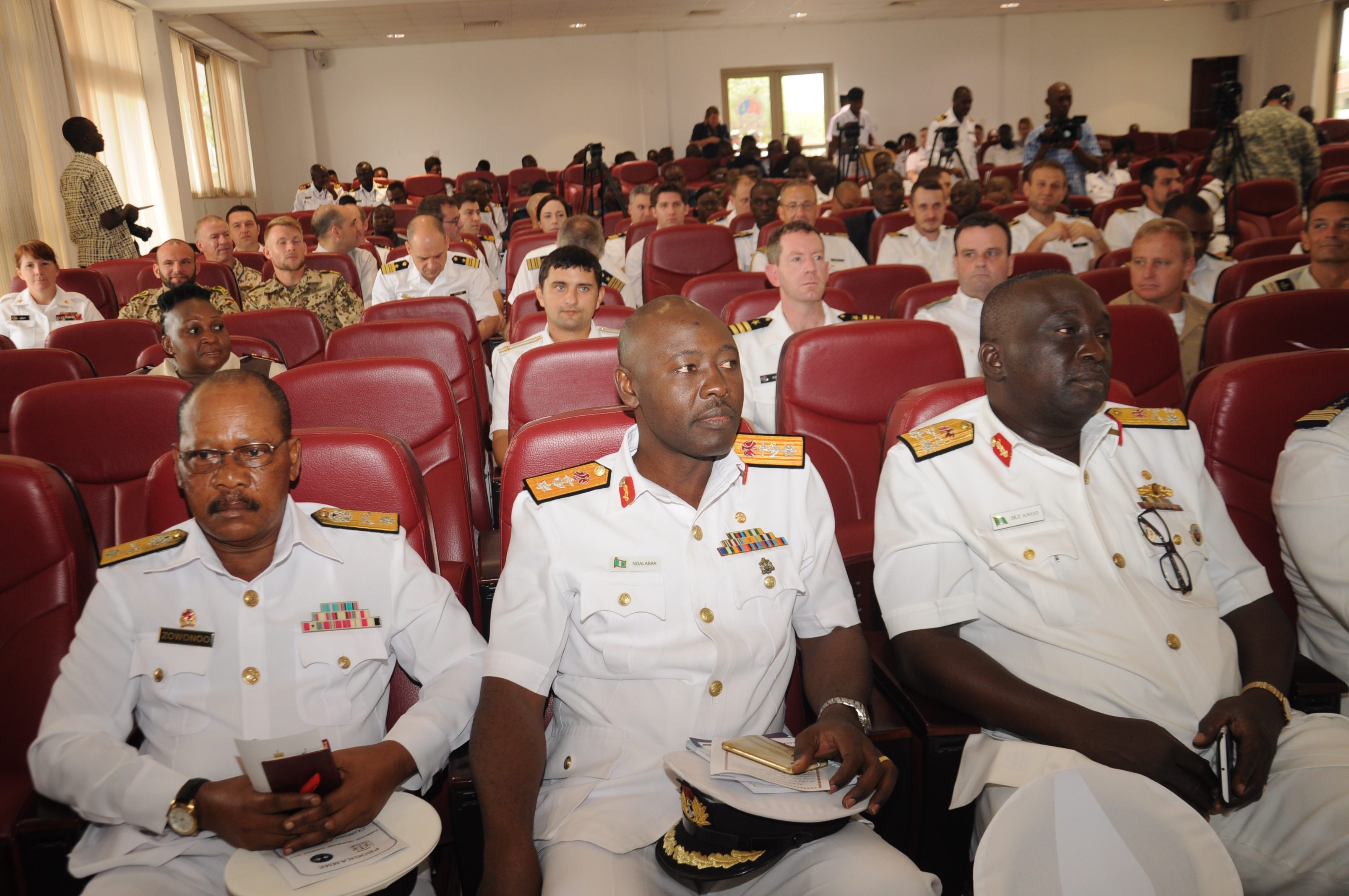 Vice President, Kwesi Amissah-Arthur has called on navies of the Gulf of Guinea countries to cooperate to ensure a safe maritime environment. He said the maritime security challenges in the region is a threath to global trade and economies in the area thereby requiring cooperation to combat them.

Vice President Amissah-Arthur was speaking at the closing ceremony of the 5th OBANGAME EXPRESS 2015 exercise at the Ghana Armed Forces Command and Staff College at Teshie.

The OBANGAME EXPRESS is an annual maritime exercise where naval forces of the countries in the Gulf of Guinea region and their foreign partners strategize to enhance information sharing and improve interoperability of their maritime assets.

This year?s exercise which runs from 19 to27, March was attended by 150 participants from 22 countries including international organizations and Regional groupings.

?It is to prepare us face future threats that Obangame Express has been conducted? he said.

Vice President Amissah-Arthur stated that in recent times significant security challenges have emerged in the Gulf of Guinea area which needs special attention.

He said countries that share the Gulf have come under severe threat of piracy and smuggling of narcotic drugs.

He said these complex transnational crimes cannot be dealt with by any single nation alone in the sub-region.

He said for the countries in the sub-region the concern is not only about preventing the threats in the Gulf of Guinea but it is about defining and tackling security from an integrated perspective.

He commended all the participants for their commitment and fortitude towards the success of exercise.

Ms Patricia Alsup, Charge? d?Affaires, U.S Embassy Accra who expressed delight at the success of the exercise was hopeful the course would help the participating countries have a more secure maritime domain.

She said the Gulf of Guinea is the life blood for the maritime for African nations and more so the sea has the potential to provide for its nations in multitude of ways.

She said the Gulf of Guinea countries are more than ever working with their neighbours, establishing relationships, inauguration regional maritime operations centres due to the threats they face.

Men’s participation in house chores not against Ghanaian culture – Chief

Chief urges parents to ensure children concentrate on their books

Chief appeals for calm over destructive activities of Fulanis