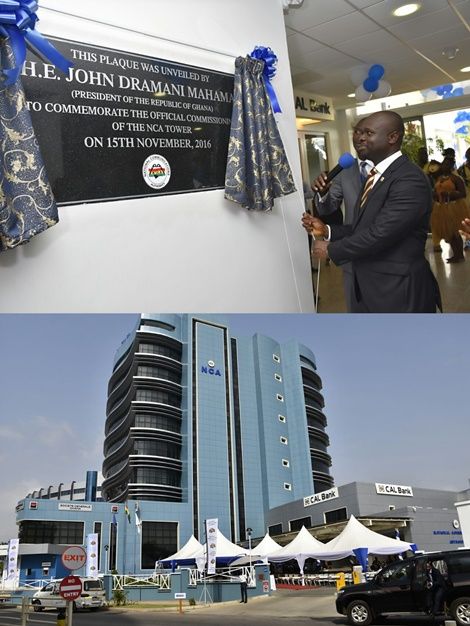 The Ghana Journalists Association (GJA) has called on the National Communications Authority (NCA) to pursue initiatives that would guard rather than dim the country’s pluralistic media system.

According to the GJA, Ghana has been and continued to be a reference point and the standard measure of press freedom in Africa and therefore efforts must be made to consolidate that enviable position.

Mr Roland AffailMonney, President of the GJA made the call at the launch of the maiden Central Regional GJA awards in Cape Coast on Friday.

“The NCA has the obligation to mount a road to the defense of our pluralistic media system which has hit international reputation and had given us the honor as the best press media system in Africa. So any attempt to dim the victory of media freedom and media plurality should be re-considered”, he stated.

The Launch coincided with the Regional celebration of the international World Press Freedom Day under the Theme: “Media for Democracy: Journalism and Elections in Times of Disinformation”.

His comment comes in the wake of the NCA’s decision on Thursday May 9, 2019 to shut down two media organisations in Accra for allegedly operating without valid authorisation.

He said the decision of the NCA had the tendency to undermine media freedom enshrined under the 1992 Constitution of the country.

According to him, although the GJA was not in support of the idea that media organisations should operate without valid authorisation,it was equally not happy about the manner in which the NCA handled the matter.

Mr Monney subsequently urged the NCA to show interest in transparency and publish the authorisation status of all broadcast media operators in the country in order to elevate its decision above reproach.

“Under normal circumstances, we will not be ruffled by the decision of a regulatory body to close down radio stations operating without valid authorization. However, the GJA is not courted to support the action of the NCA for a number of reasons”, he added.

Mr. Thomas Adieu Baffoe, Deputy Central Regional Minister who launched the award, praised the media in the Region for its hard work and dedication and urged journalists and newsmakers to put in more efforts to ensure the total development of the Area.

Earlier, Mrs. Alice Tettey, Regional Chairperson of the GJA said the award was aimed at rewarding professionalism and exceptional performance of Journalist in the Region.

She explained that the maiden awards would be opened to non- GJA members but subsequent ones would be restricted to GJA members only.

She Journalists would be awarded in various categories such news reporting, Health, Sanitation, Agricultural and tourism and called on media practitioners in the region to file when nominations were opened.

She noted that Social media was fast spreading disinformation which was eroding the gate keeping role of traditional media and urged the legacy media to reinforce their mandate by checking reckless reporting on social media.

Nana AmbaEyiaba II, Kontihemaa of Oguaa Traditional Council urged journalists to endeavour to uphold the ethics and code of conduct of the profession.

She encouraged them to exercise their freedom discretionary by providing accurate and concise reportage to safeguard the peace in the country.