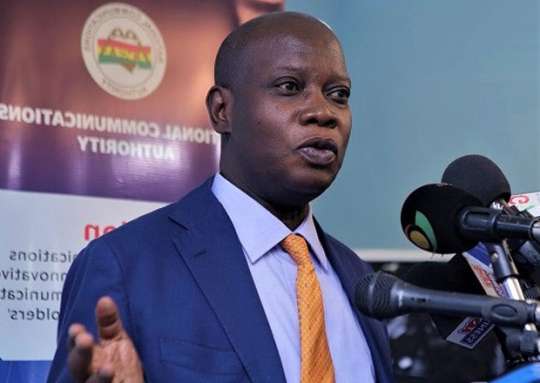 According to Tevie, although the $4 million was spent by the board on the Pergasus machine, the NCA board never got the chance to ratify the amount because there was a change in government.

He said the NCA Board could only afford the four million dollars; explaining that the cyber infrastructure was a very comprehensive one which covered agencies including the Attorney General Office and other government institution.

Tevie was answering questions under cross examination by Mrs Yvonne Atakorah Obuobisa, Director of Public Prosecution (DPP) in the case in which the former D-G and four other persons are standing trial for allegedly causing financial loss to the state in respect of the purchase of the cybersecurity equipment at a cost of $4-million.

The accused have been variously charged with stealing, using public office for personal gain, wilfully causing financial loss to the state in respect of the purchase of a cyber-security equipment worth four million dollars.

They have all denied the charges and are currently on bail.

Tevie, the second accused person described as untrue that without any approval from the NCA board of Directors, he and Baffoe Bonnei authorized the payment of the $4 million to Infra Lock Development Limited (IDL)

“I and Baffoe Bonnie did not randomly approved the cyber security project because there had been earlier deliberations on the project,” he said.

Tevie after taking a look at the project contract, informed the court that he signed for the NCA while Goerge Derrick Oppong signed for IDL.

He further explained that “this contract was signed because our sister organization hand-picked NSO, an Israel firm, after the firm had conducted a lot of demonstrations by other foreign companies”.

According to him the NSO specified that they only work through agents and they identified the agent as IDL.

Additionally because the NCA did not want anything untoward to happen especially on the issue of national security, the authority delegated its Engineer Henry Kanon to see to the successful deployment of the project for the Government of Ghana.

He told the court that the contract on the cyber security equipment was signed on December 17, 2015.

He denied prosecution’s assertion that he met George Oppong and signed the agreement long before demonstrations on the pergasus machine at the NSCS.

Hearing continues on February 6 before the court presided over by Mr Justice Eric Kyei Baffour, a Court of Appeal Judge sitting with additional responsibility as a High Court Judge.