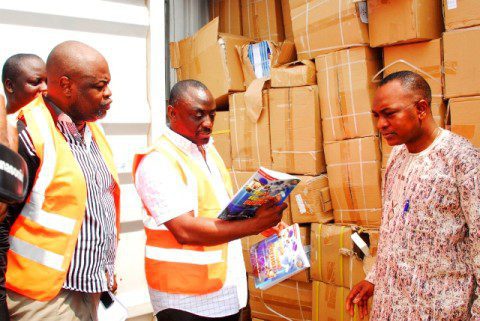 The Nigeria Copyrights Commission has raided 10 pirate locations in Enugu State and arrested three suspects as well as recovered contrivances worth N30 million.

The NCC said on Saturday, in Enugu, that the raid followed a complaint from cable network providers such as Multi-choice Nigeria.

In another development, the Commission also carried out a raid at E Line in Ogbete Market, Enugu on some shops selling various types of ?dongles? which are mainly used for piracy.

This resulted in the arrest of two persons and recovery of items such as Q-Sats and A-Z Skys were confiscated.

South-East Zonal Manager of the NCC, Mrs. Ngozi Okeke, said the recent enforcement actions were in continuation of the war against piracy, which the Commission has been waging over the years.

?This war has been intensified since assumption of office of our present Director General, Mr. Afam Ezekude, in the last few years and it is continuing,? Okeke said.

She also said that the activities of the NCC are a signal to pirates who have refused to listen to its appeal to desist from piracy and engage in meaningful ventures.

?All the contrivances are items of infringement. They (pirates) will be prosecuted and be made to face the wrath of law. There is no hiding place for them,? Okeke added.