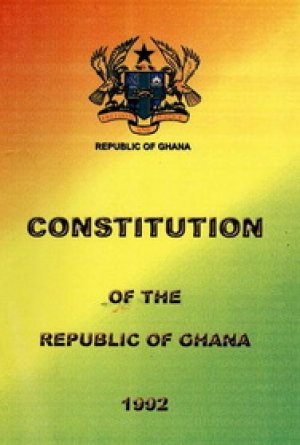 The National Commission for Civic Education (NCCE) on Wednesday organized a quiz on the 1992 Ghana Constitution for basic schools in the Ningo-Prampram District.

Prizes presented to the winning schools were sponsored by Yummie Noodles, Cocoa Processing Company (CPC) and the Ningo-Prampram District Assembly (NIPDA).
Miss Gifty Agyeiwaa Badu, NCCE Ningo-Prampram District Director, said the quiz formed part of initiatives of the Commission to promote the reading and learning of the 1992 Constitution.

Mr Peter Gibson Azalekor, Officer in-charge of Finance and Administration at the Ningo-Prampram District Education Directorate, who represented the Education Director, reminded Ghanaians to learn the constitution as it contained their rights and responsibilities.

Mr Azalekor urged pupils to see it as a civic responsibility to stay in the classroom and learn hard towards building a career for themselves.
Mr Jonathan Papa Nii Doku, Ningo-Prampram District Chief Executive, on his part, encouraged the participants to put into practice what they have learnt from the constitution during their preparation towards the quiz.
GNA