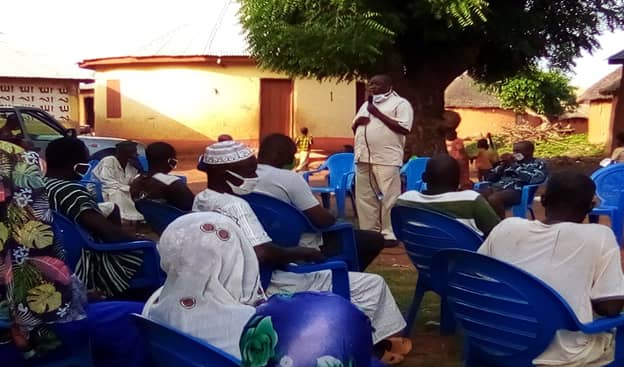 The Savelugu Municipal Directorate of the National Commission for Civic Education (NCCE) has held a forum on social auditing for selected identifiable groups and community members of Kanshegu.

It was to promote community ownership of development projects, policies and programmes as well as increase awareness of the operations of the local government system and to empower the citizenry to demand accountability from duty-bearers to deepen public accountability and transparency.

The event was in line with activities under the NCCE’s Accountability, Rule of Law and Anti-Corruption Programme (ARAP), which is sponsored by the European Union, with the aim to promote good governance by reducing corruption, enhancing rule of law and improving accountability.

A total of 70 people comprising 42 females and 28 males drawn from various interest groups participated in the event, and topics discussed included “what social auditing is about, the role of the citizens in promoting accountability and transparency, what to audit and benefits and importance of social auditing to the community.”

Alhaji Abdul Razak Saani, Northern Region Director of NCCE, who took participants through the concept of social auditing, said it promoted discourse between citizens and office holders on planning, implementation, monitoring and evaluation of development projects and programmes.

Alhaji Saani spoke about the objectives of social auditing saying it promoted community ownership of development projects and policies, increased awareness of the operations of the local governance systems, empowered the citizenry to demand accountability and transparency from duty-bearers and provided opportunity for people outside government operations to influence policy making, implementation and evaluation.

He outlined a number of areas that could be audited by the citizenry, which included education, health, agriculture, employment, roads and infrastructure, corruption, women and children amongst others.

He emphasised that citizens were at the center of social auditing, and advised them to hold public officers accountable to ensure the judicious use of resources as well as the need for citizens to participate in the governance of their communities.

Following the explanation on social auditing, participants deliberated on the needs of the Kanshegu community and selected lack of a health facility, dilapidated primary school block and inadequate furniture, water and sanitation challenges, and lack of employment for the youth in the community as challenges that must be addressed by authorities.

In line with this, a five-member committee was formed in the community under the chairmanship of Mr Mahama Adam, the Assemblyman for the area, and tasked to engage authorities of the Savelugu Municipal Assembly to address the identified needs of the community.