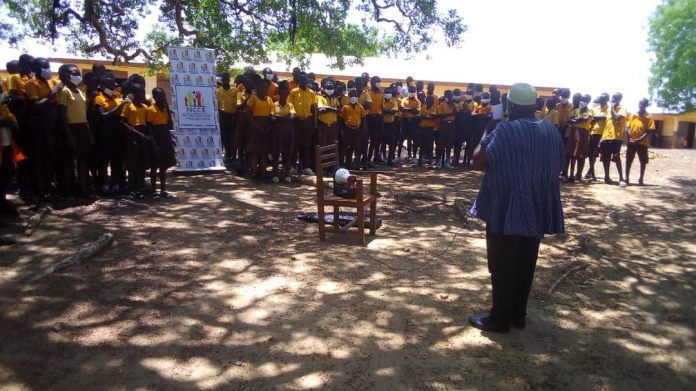 The National Commission for Civic Education (NCCE) has called on the youth to imbibe the spirit of nationalism and patriotism to promote national cohesion and development.

Mr Samuel Akolgo, the Acting District Director of the Commission, Garu, said young people were the future of the country and it was imperative for them to view the values and tenets of the 1992 Constitution as guiding principles to create a united nation with integrity.

The Acting District Director made the call at an engagement with pupils of basic schools and youth in the district as part of the celebration of the 2021 Citizenship Week.
It was on the theme: “We are one, Ghana first.”

Mr Akolgo noted that Ghana had made tremendous progress in democratic governance over the last two decades, which needed to be sustained for accelerated development and improvement in the well-being of all the people.

He, however, said some security challenges had threatened national peace and human security and, therefore, all stakeholders needed to work together to uphold the constitutional rule.

“Notable among the threats include violence during and after general elections, vigilantism, chieftaincy disputes and ethnic clashes, including armed robbery as well as the secessionist movement from the Western Togoland crusaders whose activities were recently noted in the Volta region and along the eastern border of the country,” he added.

He encouraged Ghanaians to safeguard the interest of the country by engaging in activities that contributed to the defence of the Constitution.

“If you have a love for your country, it motivates you to be dutiful, show respect to others and take their interest into account in everything you do and most importantly you keep faith with your neighbours and communities.

“Please, I encourage you to be responsible and disciplined citizens at home and in your communities because it takes disciplined persons to build a great nation and advance together with the course of development,” he told the school children.