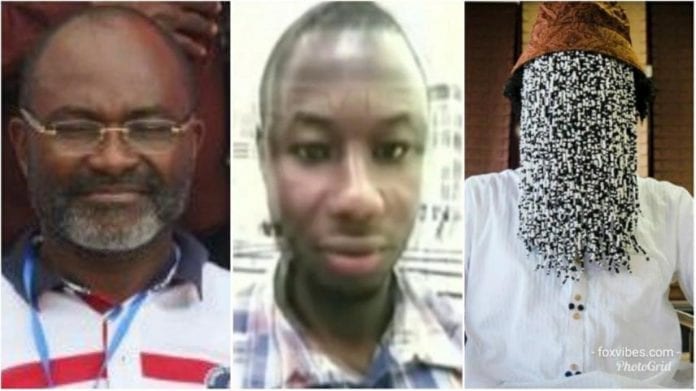 A Communications team member of the National Democratic Congress (NDC), Mr Ralph Apetorgbor, has called for an independent and impartial probe into the murder of a member of Tiger PI crew, Ahmed Hussein-Suale by unknown assailants.

He also asked authorities to swiftly identity the perpetrators who committed the crime.

Speaking to the media in Accra, he condemned the killing of the investigative journalist.

“I condemn any effort to intimidate journalists from reporting on corruption” he stated.

Ahmed Hussein who worked closely with ace investigative journalist Anas Aremeyaw Anas was shot by gunmen on a motorbike Wednesday night while he drove home.

He was shot three times; twice in the chest and another in the neck, dying instantly.

Ahmed’s chilling murder comes months after his picture was brandished on TV by the Member of Parliament for Assin Central, Kennedy Agyapong during the airing of his anti-Anas documentary ‘who watches the watchman’ and called on the public to attack him as he was ready to face the consequences.

Ralph Apetorgbor who doubles as the NDC Deputy Communications Officer at the Anyaa- Sowutuom constituency said ” we shouldn’t leave investigations to the very government whom journalists are investigating when they are killed”.

He suggested the use of retired judges and investigators where the need be.

He further asked government to do more about protecting journalists working in the country generally.

Going To IMF: I Am Disappointed In The Government – Kennedy Agyapong

I will not seek parliamentary re-election in 2024 – Kennedy Agyapong