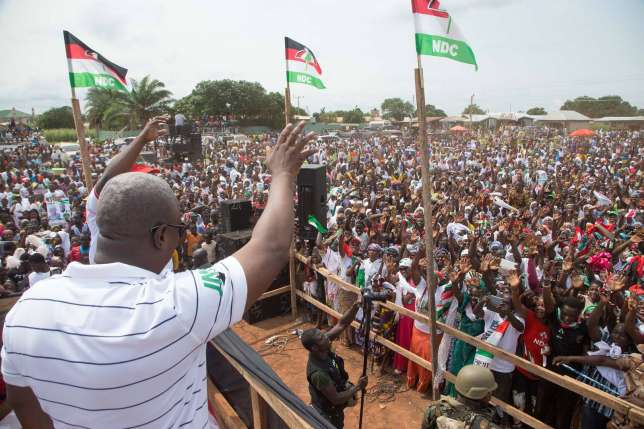 According to the Greater Regional Chairman of the party, Mr Ade Coker, the biometric caused the downfall of the NDC in 2016.

The National Democratic Congress (NDC) is blaming the biometric membership register for causing its defeat in the 2016 general elections.

The party said it will scrap its biometric membership register to pave way for a new register.

According to the Greater Regional Chairman of the party, Mr Ade Coker, the biometric caused the downfall of the NDC in 2016.

Ade Coker speaking at a unity walk organised by the NDC in Accra on Thursday, he said “We are now going to ensure that the biometric registration which contributed to our downfall is going to scrapped and a better system put in place so that the true NDC people will be identified.”

The campaign walk was to unite members and rebuild the party ahead of the general elections in 2020.

Meanwhile, the Greater Accra Regional Campaign Coordinator of the party, Mr Sylvester Mensah said the decision by the executives to review the biometric register would bring credibility to the register.

In an interview on Accra-based radio station, Citi FM, he said the current welcomes decision register is ridden with errors.