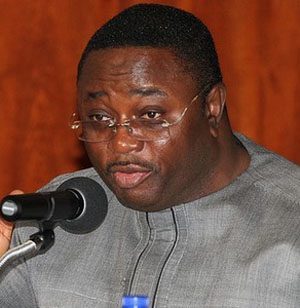 The next government of the National Democratic Congress (NDC) will adopt expenditure policies to contain fiscal deficit within sustainable levels, consistent with growth strategies and policies.

Mr Elvis Afriyie Ankrah, NDC Director of Elections, told the Ghana News Agency in Accra that to eliminate the risk of fiscal unsustainability and its long-term implications on debt, the next NDC government would, in the medium-term, redirect government expenditure to high growth areas to create the necessary and sufficient conditions for social spending.

He said the level investment in the Real Sector would be the true measure of performance.

It would also institutionalise structural reforms in accordance with the Public Financial Management Act to enhance effective budget implementation, eliminate budget overruns and off-budget expenditures, and ensure value for money.

The NDC Director of Elections noted that the overarching aim of government’s expenditure measures under Mr Mahama and Professor Jane Naana Opoku Agyeman would be to ensure an inclusive, sustainable, and job-creating economic growth, alongside an effective and efficient public service delivery.

“The next NDC government would restore the much-needed resources to critical state institutions. We would pursue growth-oriented and job-creating expenditure measures,” he said.

It would also commit to implementing the ‘Big Push’ for infrastructural development and economic transformation.

He said The impact of COVID-19 was expected to slow down the economy, therefore, the NDC’s “Big Push” would ensure the economy rebound from 2021.

He said the $10 billion Fund would support robust infrastructure like roads, railways, port expansion, inland ports, hospitals, social housing and multipurpose markets in every part of the country.

He said the GIIF had the potential to create one million jobs along its value-chain, increase the District Assembly Common Fund allocation from five per cent to 7.5 per cent of Annual Total Revenue.

He said this would enable the assemblies to function effectively and undertake activities to spur economic growth at the local level.

Mr Ankrah hints of plans to amend the Public Procurement Act to give priority to Ghanaian businesses in the award of contracts financed from public funds.

“Where the contracts are financed by foreign loans, the legislation will ensure that a significant portion goes to local companies,” he said.

Mr Ankrah said based on those measures, among many others, should be the basis for the electorate to vote massively for the NDC to ensure total development of the country.