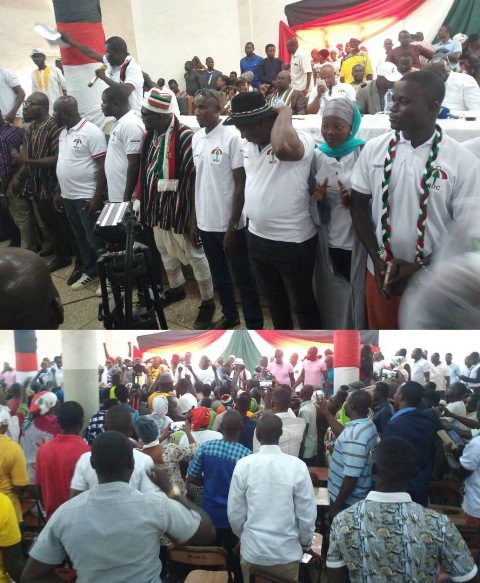 It would provide capacity building for them towards canvassing votes for them in 2020 elections.

Mr Samuel Ofosu-Ampofo, National Chairman of the NDC addressing party members at the ceremony, said the party carried out some strategic capacity building workshops for all the constituency youth organizers in the region.

He added that the youth had given assurance that they were poised to deliver results for absolute victory in 2020 and more efforts would be put in place to empower them to canvass votes and for 2020.

He said the NDC would rescue the country from recent economic challenges such as unemployment, depreciation of the currency, non-payment of teachers and nurses, and NABCO, among others.

Mr Ofosu-Ampofo, speaking on issues concerning the Electoral Commission’s proposal to introduce a new biometric elections register, said the NDC would oppose the establishment of a new voter register.

He said the NDC established the current voter register in 2012 and indicated that it was successfully used to conduct the recent district level elections including the referendum for the creation of the new regions.
He argued that the new voter register would only result in waste of the country’s resources, and called on the youth to speak against the new voters’ register.

Alhaji Ibrahim Mobila, Northern Regional Chairman of the NDC called for unity among the party members ahead of the 2020 elections to enable them capture all parliamentary seats in the region.

Mr Abdul Karim Mumin, Northern Regional Youth Organiser of the NDC was confident that the youth in the region were ready to work from the grassroots for victory come 2020.