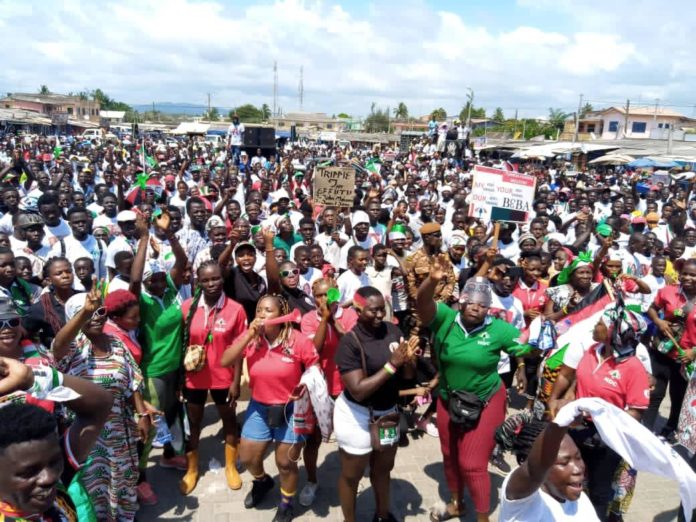 Mr Stephen Ashitey Adjei, member of the National Democratic Congress (NDC)in the Tema East Constituency has suggested that the party must work towards marketing a new Flagbearer for Election 2024.

He said, the party presented a particular flagbearer for both Elections 2016 and 2020, but the Ghanaian electorates rejected him, “we must re-examine our product for the electoral market and present a new product”.

Mr Adjei told the Ghana News Agency in an interview at Tema that the National Executive Committee of the party and functional executive must create an enabling environment for notable party members to contest for the flagbearership slot.

He said former President John Dramani Mahama had performed his bid for the party and nation, and humans had their limitations, as a party we must look at the bigger picture for the general interest of the nation.

Mr Adjei expressed concern that former President Mahama developed a close relationship with some leading members of the New Patriotic Party (NPP), a situation which he described as dangerous.

He therefore suggested to the party to look out for a flagbearer that would unite all the NDC members to fight a good course and win power in Election 2024.

“Under our current leader, you could see that the party is divided and no party can win elections in Ghana with a divided front fighting against themselves,” he alleged.

He also condemned some party loyalists with the penchant for attacking leading members including; Members of Parliament, the current Speaker of Parliament, National, Regional, Constituency leadership, and Council of Elders.

Mr Adjei who is also known as Moshake said some of the party commentators who were making divisive comments against some well-to-do members of the party were doing a dis-service as that at the long run could dent the image of the party.

He recounted that former first lady, Nana Konadu Agyemang Rawlings and others left the NDC to form National Democratic Party (NDP), Mr. Allotey Jacobs and others were out and now, the minority caucus in parliament were being lambasted, “this must stop”.

He therefore urged the NDC leadership to unite and create an enabling political environment for all leading members of the party desirous of leading the party in Election 2024 and beyond to join and work towards transforming the party.