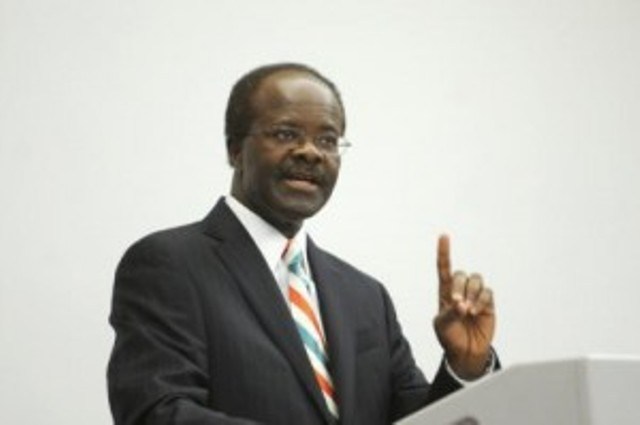 The leaders are already in place who are fast working to restore Ghana to a status of moral and material dignity among the comity of nations, so it is not clear precisely what he means when the founding-proprietor and Eternal Presidential Candidate of the so-called Progressive People’s Party (PPP), Dr. Papa Kwesi Nduom, writes on his Facebook Wall that Ghanaians are in dire need of leaders who will fix the country’s legion challenges and lead the nation to “the light of the new dawn” (See “We Need Leaders to Walk the Talk; Not Hope Messages – Nduom” Citifmonline.com / Modernghana.com 4/15/17).

Indeed, had he been looking beyond the parochial confines of the blighted light of his own political ambitions, the career bean-counter who is morbidly obsessed with his own reflection in the polluted waters of Galamsey would have long noticed the bold and strenuous efforts being unleashed by the current administration against the wanton environmental pollution of which, as a former parliamentarian and policymaker, Dr. Nduom was a participant for more than a decade. He would also have witnessed the Akufo-Addo-led government of the New Patriotic Party (NPP) healthily reverse the damage done to the education and health sectors of the national economy by promptly restoring teacher- and nurse-trainee allowances.

As a trained economist and cutthroat money maker, the University of Wisconsin-trained entrepreneur would have noticed Ghana’s legal tender, the Cedi, begin to appreciate less than three months or just under 100 days after Messrs. Akufo-Addo and Mahamudu Bawumia assumed the democratic reins of governance. The fact of the matter is that short of organizing his own clansmen and kinsfolk to make money for themselves and their cronies by grossly exploiting Ghanaian human capital resources, Dr. Nduom woefully lacks the skills of a sacrificial statesman to take our nation to the “light of the new dawn” that he is talking about.

At any rate, the above-quoted phraseology quaintly lacks originality: it clearly appears to have been lifted out of one of the stale pages of President Nkrumah’s propaganda speeches and thus decidedly passé. Rather, what we need is exactly what Messrs. Akufo-Addo, Bawumia and these two gentlemen’s bevy of first-rate intellectual and professional cabinet appointees are already up and about. We also know that Dr. Nduom is not the sort of patient and visionary team-playing leader that Ghanaians need. The man has more than amply demonstrated himself to be pathologically egocentric and megalomaniacal, which is why he could not take the heat of political infighting among the leadership of the rump-Convention People’s Party (r-CPP), and had to throw a tantrum and walk out of the latter political organization to found his so-called Progressive People’s Party.

The last time that anybody heard anything substantive being undertaken by the Progressive People’s Party, it was the all-too-predictable announcement that the PPP’s founder-proprietor was fervidly preparing his eldest son to take over the leadership of the Nduom Clan-owned political machine. I was also amused that Dr. Nduom would take a gratuitous shot at the long-established standout tradition of Easter celebration among the Okwawu people. In all likelihood, this self-absorbed Akufo-Addo critic did so out of pure envy, when he was reported to have written on his Facebook Wall that: “In Kwahu, some people will just want to give fun another chance, and will try very hard to play hard in the name of Easter.”
Did Dr. Nduom really need to insult the cultural sensibilities and intelligence of the Okwawu people, if he had nothing remarkable to say about this most diligent and entrepreneurially savvy group of bona fide Ghanaians? Is this the sort of leader who would take Ghanaians, including Okwawus, to the “light of the new dawn”? Come on, Bra Paa Kwesi, you can do better than this!