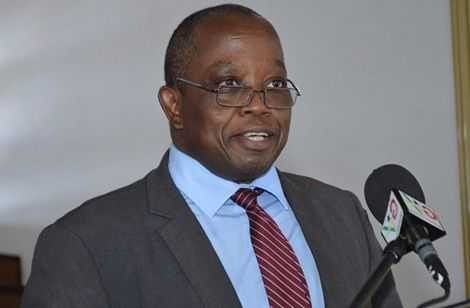 strong>
Mr Daniel Dormelevo, the Auditor General, says the nation is accepting wrongdoing as a norm, and has allowed corruption to permeate and ruin its public institutions.

He said corruption was gradually being accepted as a yardstick for success, and warned that its gravity on the public service in particular was sending the nation closer to the edge and must be stopped.

The Auditor General was addressing the third Bi-Annual Conference of Regional Auditors in Ho, held under the theme: “In the Era of Disallowance and Surcharge, the Role of the Regional Auditors”.

“In Ghana we have agreed to wrongdoing to the extent that we have accepted it as a norm. Everybody is doing it. The popular saying is that ‘everybody eats on his job’, meanwhile this time I tell them they are eating the job itself. If you benefit from your work, then it means it is the fruit that you should enjoy. This time we are chopping the tree, we are cutting the tree.

“And what is even more disheartening is that we are denying generations yet unborn their livelihood. Monies which is meant for the poor, you who have it, you take it in addition to yours. And when you say it they say you shouldn’t talk because he was stealing ten million, and I stole five million, so am a better person than him.

The Auditor General said the Service would continue to guard the public purse, and called on the public to offer the needed support.

Mr Dormelevo noted the role of internal auditors in ensuring accountability, saying the bulk of the burden lay on them and must be granted the necessary independence to deliver.

The Reverend Johnson Avuletey, Deputy Volta Regional Minister, praised the Auditor General’s office for the exceptional service to the country, saying in an era of limited State resources, the Service had proven itself committed to playing its watchdog role.

Professor John Owusu Gyapong, Vice Chancellor of the University of Health and Allied Sciences (UHAS), who chaired the event, said an effective internal audit unit would help stop 90 per cent of resource management challenges, and asked that the units be resourced.

He also called for policies that would guide their operations and make sure they went full length in satisfying audit requirements.