Admittedly some cultural values are inimical to the progress of society and not very useful in contemporary times. 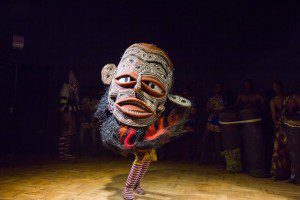 Critical among some of the negative cultural practices that are hampering the development and progress in Ghana include child marriage, open defecation and refusal of some communities to allow pregnant women to deliver at health facilities.

Some communities also refuse pregnant women and children under five to sleep under Long Lasting Insecticide Nets (LLINs), whilst some mothers in law prevent mothers to exclusively breast feed their babies for the first six months.

There is also poor hand washing habits, late enrolment and retention of children in school as well as low birth registration of babies.

A number of researches conducted by many development partners including UNICEF and World Vision Ghana revealed that among the regions that were endemic to was the Upper East.

For instance the region has the highest incidence of child marriage and open defecation.

It should be pointed out that irrespective of the quantum of development interventions a community receives, without the elimination of certain negative cultural practices these efforts cannot make any meaningful impact on the lives of the people.

According to the Communication for Development Officer of UNICEF, Madam Georgina Amidu: “The Upper East region is among the regions in Ghana that has received a number of development interventions but the challenge is the negative cultural practices that are militating against such development interventions, making it difficult to significantly impact on the lives of the people.”

However all is not lost yet. There is hope, the Rural Initiatives for Self-Empowerment Ghana (RISE-Ghana) is one of the NGOs in the Region that has good track record in promoting positive behaviour change and fighting child marriage and is complementing Government’s effort to address the challenges.

In 2015, the NGO through a project funded by the Canada Fund For Local Initiative formed 32 Child Protection Teams in the Region that facilitated and collaborated with the security agencies to rescue 15 girls from child marriage.

They also encouraged other six victims of child marriage in the Naga and Kologo communities in the Kasssena –Nankana East Municipal to return to school.
The NGO with support from UNICEF is using the Communication for Development (C4D) Approach which UNICEF and the World Bank acknowledged as the best tool for development that can help in the reduction of the challenges.

The C4D is about facilitating and empowering the community to dialogue, participate and share knowledge and information.

It takes into account the needs and capacities of all concerned in finding solutions to problems and working together to achieve good results.

The C4D goes beyond ordinarily providing information. It involves the understanding of people, their beliefs and values, the social and cultural norms that shape their lives.

It involves engaging communities and listening to adults and children as they identify problems, propose solutions and act upon them.

C4D is seen as a two-way process for sharing ideas and knowledge using a range of communication tools and approaches that empower individuals and communities to take actions to improve their lives.

Eight months ago UNICEF funded the implementation of the project: “Promoting Positive Behaviour Change For Improved Health, Education and Child Protection in the Upper East Region.”

It was aimed at promoting the adoption of Basket of 12 of Behaviours using the C4D model in 80 communities with 40 each in the Kassena-Nankana West and Garu-Tempane, the community members are now using the indigenous forms of communication such as drama, theatre and traditional music to promote exclusive breast feeding for the first six months.

The objective was to target 40,000 pregnant and lactating mothers in the communities in the two districts by the close of September.

They are also intensifying education on Complementary Feeding from six months.

To enhance the wide practice of hand washing with soap under running water, the communities with the knowledge acquired about the diseases associated with not washing hands after attending to nature’s call are now installing and using tippy taps for washing their hands.

Through the health education received from drama at durbars facilitated by RISE-Ghana and organised by the communities, majority of community members’ particularly pregnant women and children under five who used not to sleep under LLINs are now sleeping under the nets thereby reducing the spread of malaria and curbing maternal and infant mortality in the communities.

Most of the beneficiary communities led by their chiefs have also begun constituting taskforce in to help ensure that houses that do not have public place of convenience do so.

There is also the promotion of education among parents on the need to patronise the services of the Birth and Death Registry for the registration of their newborn babies and also form committees to prevent child marriage as well as ensure that women in labour attend antenatal and postnatal health services and to also deliver at medical facilities.

The beneficiary communities unlike before are now actively engaged in the promotion of early enrolment and retention of children in schools and also advocating positive discipline in schools instead of corporal punishment.

Knowledge on the importance and standards of routine immunisation among mothers has also increased in the 80 beneficiary communities the NGO operates.

“The drama has shown us that, as pregnant women we must make at least five visits to the health centres and make sure we take our tetanus injections to avoid infecting our babies.

“Now I even ask the nurses and encourage my coleagues to do same,” Madam Asafisatu Dasmani, a pregnant woman from Kpinpanyun in the Garu-Tempane District said.

Speaking to group of journalists during monitoring visits to the communities by the NGO to assess the impact the project was making, the paramount chiefs of the beneficiary communities lauded the NGO and UNICEF for the project and said the project had re-awakened them to provide the leadership roles to abolish negative cultural practices that are enemy to progress.

For instance the Paramount Chief of Katiu Pe Ayikode Zangwio Atoge IV, said: “I am deeply concerned about the spate of child marriage and open defecation.”

He had constituted a taskforce and committees to help stop the phenomena.

Other chiefs and opinion leaders have taken similar stand to end the social canker.

The Executive Director of RISE-Ghana, Mr Awal Ahmed Kariama, explained that the one year project supported by UNICEF through its Communication for Development and Child Protection programme section places emphasis on shifting from awareness creation to behaviour change.

He also shares the belief that the active involvement of traditional leaders who are the custodians of culture and the community would help do the trick.

Mr Kariama stated that some of the districts in the Region performed badly per the District League Table conducted by UNICEF and CDD-Ghana.
He said in 2016, the Kassena-Nankana West District scored 1.4 per cent of 112 communities on sanitation, indicating that only two communities were declared open defecation free.

The Executive Director who mentioned that the situation was not different from Skilled Delivery and Education.

“When parents understand that simple things like early enrolment and birth registration which don’t require money to do can protect children and reduce poverty, they will change their behaviors.

“Our team is proud to partner UNICEF to achieve that desired change of mind-set,” Mr Kariama indicated.

He stated that failure to eliminate negative cultural practices could make it difficult if not impossible for Ghana to attain the
Sustainable Development Goals.

Mr Kariama appealed to other civil society organisations, district assemblies, religious and traditional leaders as well as the media to join the crusade in campaigning against negative cultural practices that hinder development.

Whilst commending the NGO and UNICEF for the intervention, C4D model in every facet of development, be it health, education, agriculture and the natural resource management is paramount and failure to adopt it in development is a recipe for failure.

People are the centre of development and they cannot be ignored when implementing policies and programmes.

The transformation of lives of the people could be better if they are fully engaged in the development process.
GNA/www.newsghana.com.gh