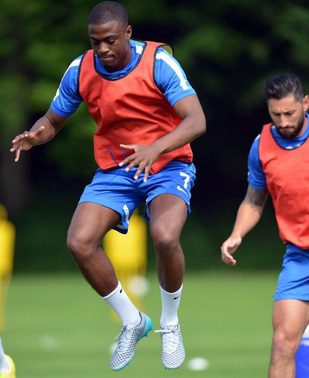 Addy, 22, initially moved to Hartlepool in March and finally completed his move to the club last month and is set to feature prominently for the Monkey Hangers.

Manager Ronnie Moore is impressed with the former Aston Villa Academy product and will make him an integral part of his defence this season.

started his career at Aston Villa at the age of eight, ultimately being released in the summer of 2012 after twelve years.

He was part of the Villa academy side that lost the 2010 FA Youth Cup final 3-2 on aggregate to Chelsea, playing 90 minutes at right midfield for both legs. Ghanaian starlet Nelson-Addy modelling for Hartlepool in new away kits

He also played for Aston Villa Reserves as they won the FA Premier Reserve League South and finished runners-up in the League final.