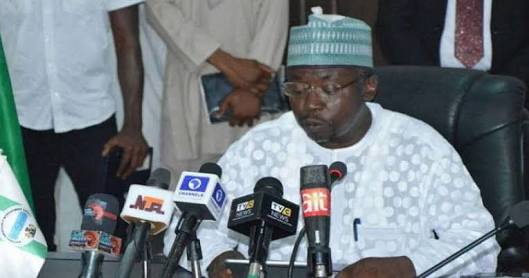 A larger percentage of the world’s population lives below the poverty line. As nations grapple with how to overcome this, they are not spared from the further debilitating and catastrophic effects of other disasters that aggravate the pitiable conditions of the poor and even increasing their number. Due to this, there have been injunctions by the major religions on assisting the poor and coming to the aid of the needy.

In Nigeria, while organizations and individuals have taken it upon themselves to intervene in various ways to alleviate the sufferings of the poor, the combined effect of natural and man-made disasters has emphasized the need for more of such efforts. Considering the enormity of the problems on ground, many have given up while others who have managed to remain and have had their resources drained.

The National Emergency Management Agency (NEMA) was set up by the government to intervene in emergency situations and has been doing so over the years but with the coming of Engr. Mustapha Maihaja, there seems to be an understanding on the part of the agency that the role NEMA is supposed to play goes beyond living up to government’s mandate but to serve humanity and do the will of God. In the Bible, the question was asked, who should be considered a nieghbour and Jesus Christ responded with a parable of the good Samaritan in which the assistance of a foreigner categorized as an enemy qualified him to be regarded as the neighbour of the slain traveller who was ignored by his brothers and those supposedly close to him in his time of distress.

If the question, ‘who is your neigbour?’ is to be put to the very weak and poor in Nigeria today, regardless of religion, ethnic group or geo-political zone, the response would be unanimous:  Maihaja.

This is because since the coming of Engr Mustapha Maihaja as the Director General of NEMA, the agency has responded to emergency situations and has moved swiftly to help the needy in a way that has qualified it to be seen as  the neighbour of the poor, vulnerable and weak in the society.

The agency has been able to achieve these from the observation of analysts on four major fronts, namely, through its response to disasters and emergencies, constant reaching out to the distressed, providing succor to the weak and poor through social protection intervention measures.

In Deutronomy, the Bible says: “ For there will never cease to be poor in the land. Therefore I command you, ‘You shall open wide your hand to your brother, to the needy and to the poor, in your land and in ACTS 20: 35 it says. “In all things I have shown you that by working hard in this way we must help the weak and remember the words of the Lord Jesus, how he himself said, ‘It is more blessed to give than to receive.’”

Disasters and emergencies as is well known are of two different kinds, but NEMA has positioned itself to take up the challenges with equal adroitness. The agency’s response to natural disasters like flood and emergency situation caused by human activities like the insurgency in the North East have received high élan an commendation both within and outside the shores of the country.

In the former category, NEMA has shown sensitivity and concern to the plight of those ravaged by natural disasters that its intervention in the areas has so mitigated the effect of the disasters that the victims have been brought back to normal lives leaving no room for regrets.

It is common knowledge that in Nigeria, several communities in several states during the rainy seasons, are ravaged by floods due to heavy rains and release of water from some dams. This has usually leaves a large part of the population  in the throes of the devastation from loss of lives, homes and other property.

Several states in Nigerian including Benue, Niger, Kaduna, Gombe, Plateau and others are rendered homeless and citizens reduced to destitute.

But with the intervention of NEMA which lately has even gone head to take proactive steps by warning communities of likely floods and giving them adequate advice on preventive measures, much of the effect of the devastation has been reduced.

The agency has helped communities and individuals with relief material to return to their bases and start new lives without allowing themselves to be overwhelmed by the devastation of the disasters.

On the man made disasters especially the hardship caused by the effects of insurgency in the North eastern part of the country, the various initiatives employed by NEMA have had tremendous impact on the lives of those that have been affected by the crisis in the area. NEMA has been able to establish bases in terms of reaching out in several villages, communities, and hamlets with food items, clothes, medications and other relief materials that the impact of NEMA in North-East Nigeria has been commended in several fora in that regard.

Does this line of action also answer to a call? Yes. In Deutronomy 15:17 it says, “If among you, one of your brothers should become poor, in any of your towns within your land that the Lord your God is giving you, you shall not harden your heart or shut your hand against your poor brother, but you shall open your hand to him and lend him sufficient for his need, whatever it may be.”

And in Islam it says, “Give to the near of kin his due, and also to the needy and the wayfarers. Do not squander your wealth wastefully; for those who squander wastefully are Satan’s brothers, and Satan is ever ungrateful to his Lord. (17:26 – 27).

Not done with that, the agency lately moved ahead and exercised its mandate to tackle humanitarian issues emanating from ecological devastation in the country.

This is one area that has been neglected in the past but with the coming of Maihaja, realizing the number of people affected and the effect on the general well being of the citizenry, NEMA took up the responsibility. NEMA’s Establishment Act empowers it to cover ecological problems hence the agency took up the mandate seriously as many parts of the country are suffering from ecological devastation.

The intervention by NEMA has reduced the hardship caused by each or a combination of these disasters and has brought succour and relief to the communities and individuals living in these areas.

This also has a spiritual background as the Bible says in Proverbs 19: 17 that “ Whoever is generous to the poor lends to the Lord, and he will repay him for his deed and in 1 John 3: 17-18, “But if anyone has the world’s goods and sees his brother in need, yet closes his heart against him, how does God’s love abide in him? Little children, let us not love in word or talk but in deed and in truth.”

In Islam, Safwan ibn Salim related that the Prophet said: “Anyone who looks after and works for a widow and a poor person is like a warrior fighting for Allah’s cause, or like a person who fasts during the day and prays all night. (Bukhari) and Anas related that the Prophet said: If any Muslim plants something or sows seed from which a man, a bird or an animal eats, it counts as a charity for him. (Bukhari, Muslim)

NEMA under Maihaja has also reached out to the distressed. When Nigerians were being humiliated and put under harsh conditions for repatriation in Libya, the agency felt concerned and moved into action.

This has seen the agency participating in the repatriation and rehabilitation of Nigerian refugees from Libya through airlift of returnees from Tripoli to Port Harcourt, fact-finding negotiation mission to Libya, international and local media and publicity and others. The agency through its distribution of relief material to communities has helped in mitigating the suffering of the poor and the weak,

Again this lies at the background of the love for one another enjoined by the two major religions in Nigeria, proving that NEMA under Maihaja is God-sent.

Attah wrote this piece from Abuja.