Officials of the National Emergency Management Agency (NEMA) have paid a visit to the victims of the recent petrol tanker fire who are now responding to treatment in some hospitals in Onitsha and Awka. 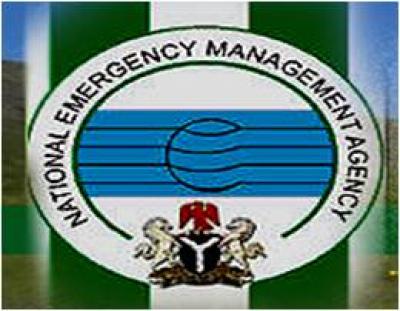 Coming about two weeks after the crash which occurred late afternoon Sunday, May 31, 2015, the Director of Relief at NEMA, said that they were in the state to assist the hospitals already treating the victims, and donated medical items to support the treatment of the victims. They however declined to make public the amount involved.

Gov Willie Obiano used the occasion to appeal to the Federal Government, to provide fire-fighting trucks and equipment to be readily used in putting out fires and avert deaths resulting from oil tanker and other accidents on the highways within her jurisdiction.

The call was made in Awka yesterday when he met with the Director of Relief of the National Emergency Management Agency (NEMA), Mr Udemezue Eze.

The governor noted that provision of fire fighting equipment would avert high number of casualties from road crashes as seen recently from tanker accidents in parts of the country, including Anambra state.

He assured that the State Emergency Management Agency (SEMA) would identify areas of cooperation with the Federal Government to help the victims who were already receiving treatment in some hospitals in Onitsha and Awka.

It will be recalled that on thirty-first May an oil tanker lost control and ran into the Asaba Motor Park at Upper Iweka Onitsha and exploded.