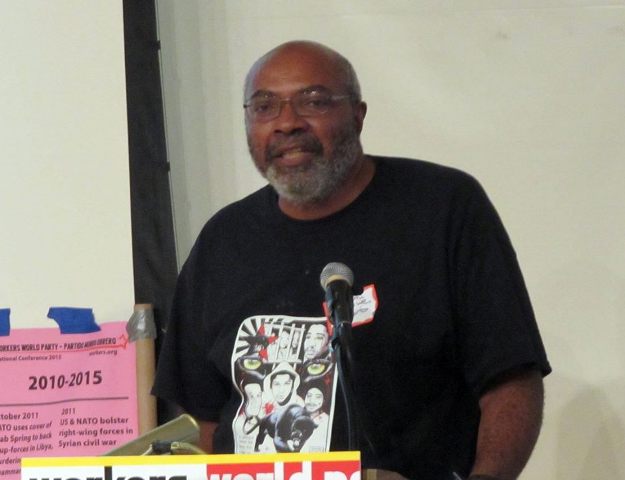 Africa has been severely setback with the imperialist destruction of Libya along with the interference in the democratic processes in Egypt and Tunisia.

Nearly five years ago a rebellion erupted in southern Tunisia where a young vendor set himself on fire due to the horrendous economic challenges facing post-colonial states. This rebellion soon spread throughout the North African country resulting in the toppling of longtime dictator Zen Abidene Ben Ali by mid-January of 2011.

Two weeks after the installation of an interim government in Tunisia, the unrest spread to Egypt leading to the forced resignation of the-then President Hosni Mubarak. The following year in 2012, the Muslim Brotherhood allied Freedom and Justice Party (FJP) were declared victorious in national presidential elections.

Demonstrations spread to Algeria and later Yemen during 2011 bringing about different outcomes. The much championed rebellions in both Tunisia and Egypt did not lead to the consolidation of progressive forces which could seize power and establish a political order committed to genuine revolutionary transformation and socialism.

Of course when a rebellion erupted in Libya on February 17, a more ominous trend was soon revealed. The character of this unrest was decisively counter-revolutionary targeting the Jamahiriya system under Col. Muammar Gaddafi.

When the armed opposition groups were not able to sustain their rampage in the face of growing resistance to the western-backed counter-revolutionaries by the loyalist troops, the United States and its NATO allies engineered two United Nations Security Council resolutions which in essence provided a pseudo-legal rationale for the blanket bombing of Libya. This bombing operation continued from March 19 to October 31, laying waste to large sections of the country, destroying the infrastructure of the Libyan state, breaking down all of the advancements made since the September 1, 1969 Revolution.

Today Libya is a major source of instability throughout North and West Africa leading a trail of death and destruction into the Middle East all the way down to Southern Asia. These developments since 2011 involving imperialist militarism have compounded the already existing crises in Iraq, Syria, Afghanistan, Pakistan and Yemen. Consequently, we are witnessing the worst international humanitarian disaster since the conclusion of World War II. Well over 50 million have been displaced both internally as well as outside of their national borders.

Contiguous states in Africa and the Middle East combined with European countries in the South and East of the continent are bearing the brunt of the migrant flows which are ongoing. The racism and xenophobia inherited from the collapse of socialism in the COMECON sector is illustrated through the hatred, brutality and marginalization of the hundreds of thousands flooding into Europe and the millions who are destined to come.

In Egypt, a military-turned-civilian regime has been in power since July 2013 continuing the decades-long subsidization of the neo-colonial state by the Central Intelligence Agency (CIA) and the Pentagon. Neighboring Tunisia has been largely returned to the political collaborators of the Ben Ali regime taking its place as well in the so-called Washington-led “war on terrorism.”

The Current Crisis is Product of U.S. Imperialist Foreign Policy

At present the U.S. Africa Command (AFRICOM) is escalating its deployments across the continent through direct intervention and partnerships with individual states and regional organizations. Emboldened by its operations in Libya, Tunisia and Egypt, imperialism is spreading its tentacles deeper into the continent.

An AFRICOM base in the Horn of Africa nation of Djibouti at Camp Lemonier is being refurbished for the expanding mission involving thousands of Pentagon troops. Airstrips are being constructed in West, Central and Eastern Africa to ostensibly assist African Union member-states in the global fight against “terrorism.”

Efforts aimed at the creation of an African Standby Force (ASF), which was first advanced by Pan-Africanist and Socialist leader of Ghana, Dr. Kwame Nkrumah in the early 1960s, and later by Col. Muammar Gaddafi in the 2000s, have now been realized absent of its revolutionary orientation. Recent exercises for the ASF in South Africa has prompted articles even within the bourgeois press noting the dependent character of such operations which are relying upon funding from the Pentagon and their European Union (EU) allies in NATO.

Any continental military force aimed at fostering peace and stability in Africa must be independent of imperialism both politically and economically. Otherwise such efforts will serve as an appendage of the Pentagon-NATO forces and consequently serving the interests of neo-colonialism as opposed to anti-imperialism and the much needed socialist future.

This crisis of imperialist militarism is coupled with the emerging debt dilemma resulting from the ongoing economic decline which originated from the advanced capitalist states. Despite the plethora of articles and reports over the last few years hailing what is described as the phenomenal economic growth in Africa, these states at the conclusion of 2015 are witnessing a recrudescence of higher debt service ratios, joblessness, a rapid devaluation in currencies partly stemming from the decline in oil and other commodity prices due to capitalist over-production.

At the same time this resurfacing of a monumental debt burden is giving rise to militant working class struggles in the areas of industrial actions, student unrest and a re-examination of socialism. In Nigeria, Ghana and South Africa, three of the states in Africa which have been designated at “emerging economies”, workers and youth are engaging in strikes and mass demonstrations demanding action to halt the rapid decline in living standards fueled by inflation and the diminishing rate of foreign direct investment.

Nonetheless, this developing crisis which is not limited to Africa but extends to all of the oil producing states from Russia and Iran to Venezuela and Brazil, to name only a few, requires an ideological and political response. The lessons of Egypt and Tunisia instruct us that any uprising must be informed by anti-imperialist and anti-capitalist politics otherwise the Libyan model will spread throughout the continent leaving the course of the struggle much more complex and burdensome.

The only solution is socialist revolution throughout the region where the workers, farmers and youth can determine their future without the domination of western financial institutions bolstered by the CIA, the Pentagon and NATO forces. A break with the world capitalist system will heighten the socio-economic crisis in the so-called western advanced industrialized states where workers and youth are also subjected to higher level of exploitation and political repression.

These ruling class interests based in the West depend upon the acquisition of natural resources and labor from the oppressed nations on the terms set by the capitalist corporations and financial institutions. Concurrently, the workers and oppressed inside the imperialist states are being required to sacrifice their standard living through the decline in wages, the evisceration of public education and social services along with the theft of pensions funds and the transferal of public assets to private firms and authorities.

Therefore, the basis for international revolution exists. We must link the struggles of the workers and the oppressed globally. U.S. imperialism, the center of all exploitation and degradation in the today’s world, must be brought under the control of the majority of the people. It is only through this revolutionary transformation that genuine peace, stability and mutual cooperation among the nations of the world can be achieved.

Note: This address was delivered at the Malcolm X and Dr. Betty Shabazz Educational Center in Harlem, New York City during the annual National Workers World Conference on November 7-8, 2015.Azikiwe presented this report on the present situation in Africa and the Middle East at the panel on the anti-imperialist struggle.