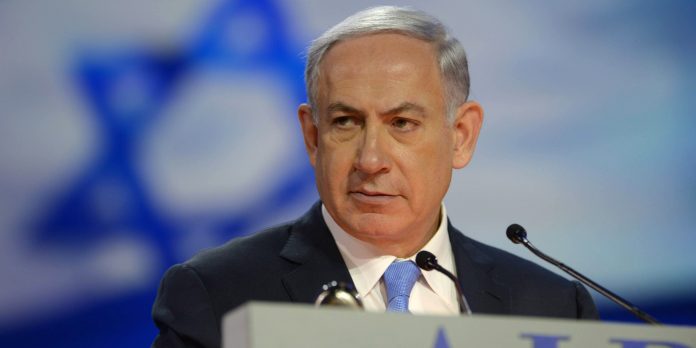 dpa/GNA – Israelis are voting in a fourth national election in two years, which many fear will once again lead to a rickety governing coalition, if one can be formed at all.

The fundamental choice for voters on Tuesday will be between blocs that back long-standing Prime Minister Benjamin Netanyahu and those that seek to oust him.

Israeli opposition leader Yair Lapid called the parliamentary elections the “hour of truth” for the country.

“In the end we have two options: a strong Yesh Atid party or a murky, dangerous, racist and homophobic government, which takes money from hard-working people and gives it to those who do not work,” said the 57-year-old, who leads the pro-reform party.

“A government which does not work for those who keep this country going, paying taxes and serving in the army,” Lapid added, while his wife Lihi Lapid cast her vote.

Polls predict that Netanyahu’s right-wing Likud will emerge again as the biggest party in Israel’s Knesset, with Lapid’s Yesh Atid (which translates as “there is a future”) coming in second.

But they also predict Netanyahu will face great difficulty in building a functioning and stable governing coalition backed by a majority of at least 61 lawmakers in the 120-seat legislature.

Turnout was high on Tuesday morning after voting kicked off, with 14.5 per cent of people having handed in their ballot already, the Central Elections Committee said.

The Central Elections Committee also said a final result is not expected before Friday, as the postal votes of soldiers, diplomats, prisoners and coronavirus patients are only to be counted from Wednesday.

As the race will be tight, those votes could make all the difference.

Netanyahu formed a short-lived and tense “emergency” unity government with former rival Benny Gantz of the Blue and White faction last year to fight the pandemic, but it collapsed in December amid a disagreement about the budget.

Blue and White is predicted by the polls to shrink from 33 mandates at the last election – when it came just behind Likud – to around five.

Some polls predict that the centrist faction may not even pass the electoral threshold of 3.25 per cent.

Neither Netanyahu nor Gantz had been able to form a governing coalition without the other after earlier, inconclusive, elections in April and September of 2019.

Tuesday’s election comes just a fortnight ahead of the start on April 5 of the evidence phase of Netanyahu’s corruption trial. When voters headed to the polls the last time, in March 2020, the fact that the trial was set to start in May did not stop them from returning Netanyahu at the head of the country’s largest party.

Netanyahu hopes that Israel’s successful vaccination campaign under his leadership, as well as the historic normalization deals he signed in September with Gulf states, will boost his chances in this fourth round.

Some 6.6 million of Israel’s 9.3 million citizens are eligible to vote at nearly 13,700 polling stations.

There are also several dozen voting stations designated for Israelis with Covid-19 or in quarantine.

EU Looking for Diplomatic Solution to Israel-Palestine Conflict, Sanctions Not on Table

Putin Had No Personal Contacts With Israeli, Palestinian Leaders so Far